Full disclaimer: My absolute favorite book, right up there with Emily Bronte’s Wuthering Heights, is Stephen King’s Pet Sematary. So, I have a lot of strong feelings in regards to this story.

Let me begin with the good things about the film. Jeté Laurence gives a phenomenal performance as the daughter, Ellie, who is brought back to life by the Micmac Burial 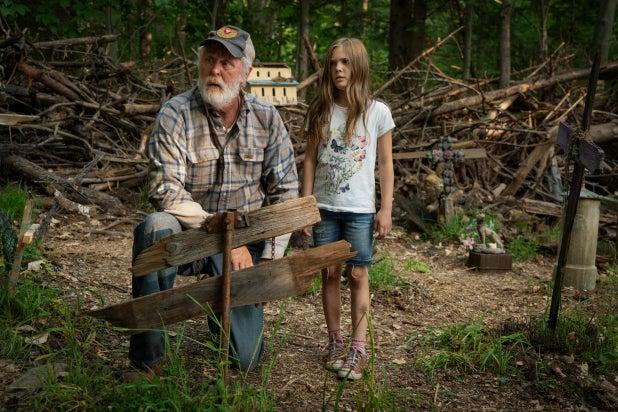 Ground. Her portrayal of Ellie both before she’s deceased and after vary so much that it’s hard to believe that it’s the same actress. The remaining performances were merely okay, nothing notable. The composed music for the film by Christopher Young was good. It echoed the music in the original 1989 film, which was a nice touch. Unfortunately, I have little else to say about the film that you could call “good”.

The biggest offense of this film is that the writer, Jeff Buhler, changed the ending to the film. By changing the ending to this film, it tells me that the writer absolutely did not know what the story was about. And that is frustrating beyond belief. Let me break it down for you: Pet Sematary, although it is creepy in nature with the burial ground and such, is a story about coping with loss and trauma. That’s it. That’s what it’s about. Rachel 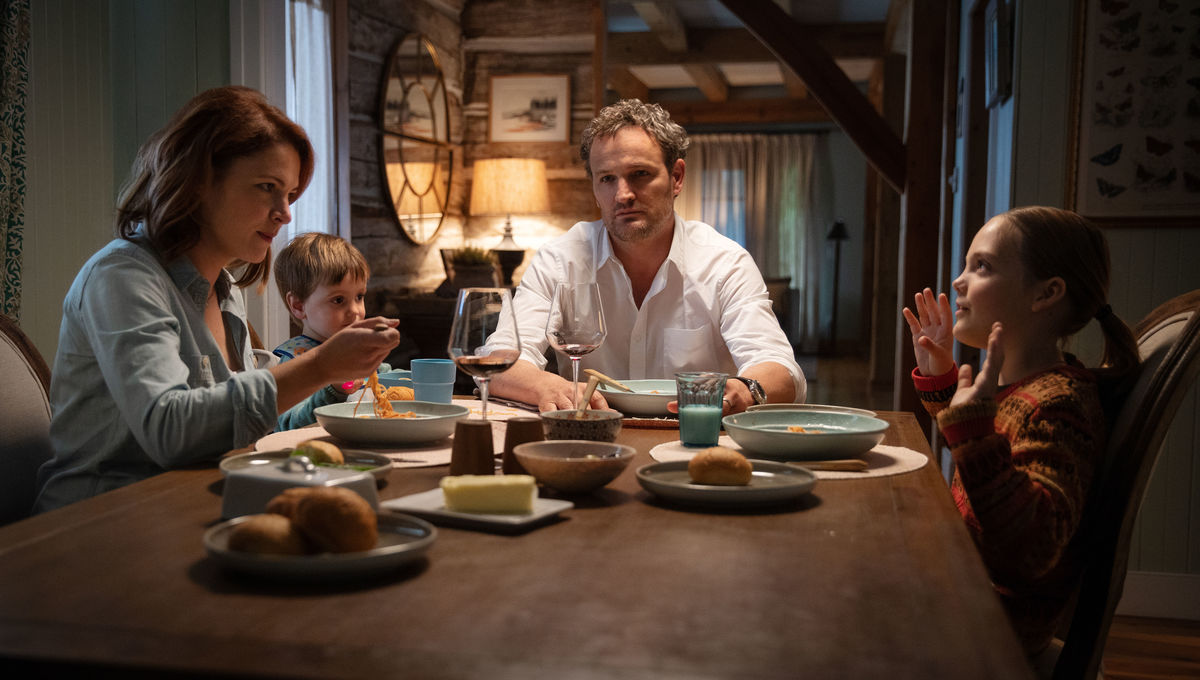 Creed, the wife, had been through a very traumatic situation with her sister Zelda (RIP), and we see the lasting effect that it had on her. Louis Creed, on the other hand, constantly preaches to his daughter that death is just a natural part of life and that there’s nothing to be afraid of. Once one of his children die in a horrific accident, however, Louis breaks down entirely. He isn’t quite capable of coping. The ending to the book and to the original film is this: Louis Creed kills his son, Gage, who has come back to life (the original one who dies), and Louis burns down his neighbors house, erasing any evidence of the horrific murders that happened there, but not before grabbing the body of his dead wife. He then proceeds to take her to the Micmac burial ground, saying “I waited too long with Gage. It’ll work this time.” When Rachel does come back to life, we see her grab a knife from the kitchen, place her hand on Louis’ shoulder and call him darling before she presumably kills him. Louis Creed never learns his lesson. We find that he is incapable of handling loss. This is so important because it is what motivates the character to do the things that he does.

Now, the changed ending: Ellie, the child who has died in this version, kills her mother, 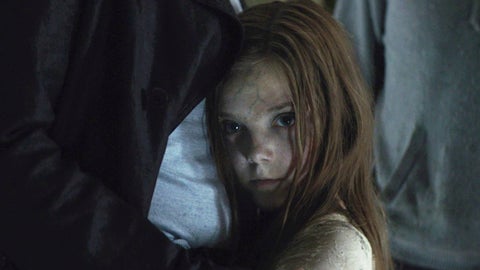 Rachel, and proceeds to drag her body to bury her at the burial ground, presumably so Rachel can join her daughter in killing any living human. Louis follows the blood from his wife’s dead body to the pet cemetery, where he nearly kills Ellie. Just as he’s about to send Ellie back to the grave, Louis is murdered by Rachel, who has now come back to life. Cut to the three members of the Creed family burning down the neighbor’s house, and arriving at their car to, I guess, kill Gage after all, and bury him, so they can all be one big, dead family.

That ending, again, goes against what the story is even about. And, the longer that I think about the change, the angrier I become. I would like to know how Jeff Buhler got the job of writing the screenplay for this remake anyway. It’s not like the guy has a long, successful resume. Hell, he doesn’t even have a short, successful resume. It’s just short. The only thing he’s written that you could maybe argue is okay is the poorly titled Midnight Meat Train. Anything else he has on his resume are upcoming projects, like the Jacob’s Ladder remake (which I did not even know about. Dear god, help us all) and the Grudge remake. Based on his track record, neither of those films will be good. The fact that he clearly didn’t even have an idea about what this story is really about proves that. There, I said it.

Now, I understand the reasoning behind switching which Creed child dies. There is much more that can be done with a nine year old child than with a two year old child. However, why have this revealed in the trailer for the film, and then try to pull a bait and switch with Gage and Ellie in the film? Throughout the film it is hinted that Gage will still be the one who dies. But, in a turn of events, Gage is saved and Ellie is killed. But, because we were already made aware of this story change with the movie trailer, any tension that could come from that moment is gone. We know which child will die. The build up is really just a waste of time. Had this not been revealed in the trailer, then it would have worked wonderfully.

Because Ellie is now the one who dies, the writer chose to give Gage the psychic abilities that Ellie originally has in both the book and the 1989 film. The psychic abilities play an integral part in the story. It’s what drives Rachel to return home at the request of her daughter while at Rachel’s parents. So, leaving them out isn’t an option. Gage, though, is a two year old child and it’s hardly communicated to the audience prior to Gage seeing the ghost of Victor Pascow, that he has these abilities. It’s mentioned like an after thought when Louis is looking through the pictures that his children have drawn, but then not touched on again until the very end of the film. It’s in there because it has to be, but no attention was given to it during this rewrite, which is frustrating.

The character of Victor Pascow gets the short of the stick, completely. This is a character

who is present, not only in Louis’s life, but also in Ellie’s and Rachel’s (whether Rachel realizes it or not). Victor is the force that is trying to warn Louis and help his family, and prevent terrible things from happening. Yes, Victor is ultimately unsuccessful, but even in the 1989 film he was more present than he was in this remake. Victor is shown in the beginning after being hit on the college campus, and then he only shows up in Louis’s dreams, or what he thinks are dreams. Victor Pascow does not show up again until the very end, when Gage is yelling “Pascow!” from his crib. We then hear Victor’s whispers a bit throughout the last part, but we don’t see him or really understand the part that he has played in all this. What makes this part double frustrating is that Victor Pascow is played by the only actor of color in the whole film, Obssa Ahmed, and his characters screen time is cut substantially.

I will say, however, that I do appreciate the Wendigo being brought back into the story because, if my memory serves me right, the Wendigo was left out of the 1989 version. So, that was nice.

The same question I had about how the writer managed to be hired for this project, I have about the directors. Pet Sematary is directed by two men, Dennis Widmyer and Kevin Kolsch, who don’t really have anything substantial under their belts. I also want to mention that it angers me that this remake is directed by two men, while the 1989 film was directed by a woman. It feels like taking a step back, honestly. Especially because these men don’t really have anything of note in their career. So, how did they get this job? That lack of experience may be what led to so much CGI being used in a film that did not require any at all. Pet Sematary could be nearly all practical effects. There’s nothing within the story that couldn’t be done on film with some clever camera work, some well-designed sets, and some special effects makeup. But, instead, the forest scenes were heavily computerized, as was the accident scene. None of this had to be that way. Even the scene where Louis thinks he sees something in the woods could have been done with just costuming. CGI used to be something to marvel at. Nowadays, I feel that it’s a cop-out.

There have been many Stephen King adaptations over time, but this last year or so has been particularly full of them. Unfortunately, 2019’s Pet Sematary may be the worst adaptation of them all. I honestly do not understand where these rave reviews that I keep seeing are coming from. What I do know is that the writer and directors were inexperienced and it shows. Had the changes in the story made sense, then they would be welcomed. But, that’s just not the case. Now please just let this movie lie and don’t resurrect it in the burial ground with a sequel or prequel. Thanks.