So, the only reason I didn’t write anything about it earlier was because I needed to watch it several more times throughout the day to really get my feelings straight.

I have come to this conclusion: If this film is not good, I will burn a building to the ground.

You have to understand, when asked who my favorite rock band of all time is, my answer is, without hesitation, Queen. Their music, specifically the song “Bohemian Rhapsody” was revolutionary to the industry. The story of Freddie Mercury is another feat to conquer all together.

I have the utmost faith in Rami Malek to portray Freddie Mercury. The snippets of his performance within the trailer, alone, emphasize that faith. I will say, in regards to Brian Fuller’s (Pushing Daisies, Hannibal, American Gods) comment on twitter about Fox “heterosexual-washing” the trailer, that I don’t entirely agree. Mercury identified as bisexual, and although there’s a good chunk in the trailer of Mercury parading around with women, there’s a quick scene of Mercury alone 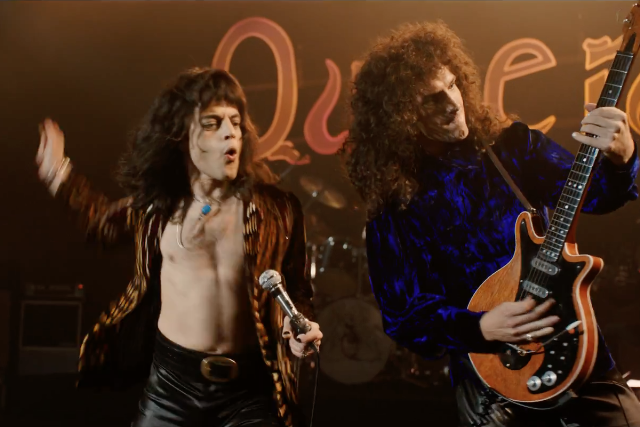 in the recording studio with a man. Yes, the ratio is a little off, but we have to remember that this is also just a trailer. You don’t want to give away all the goods before the film even comes out.

Honestly, I’m just very nervous about this film because one of two things will happen: Either, they’ve worked on this film for so long, that all that work will pay off and it’ll be a masterpiece OR they’ve worked on it for so long and have had so many problems getting it made that it will be a patched together disaster. I’m really hoping for the former.

Are you excited for the film? What are your thoughts?

Bohemian Rhapsody hits theaters on November 2nd. Be sure not to miss it!