There are few Disney Animated films that are as breathtakingly beautiful as 1998’s Mulan. The only one that comes to mind from that same era is Pocahontas in 1995. The studio had been in a bit of a slump before Mulan, having put out very strong films in the early 1990s and then churning out some that weren’t as well received. Mulan helped to restore faith in Disney’s animated films during the Disney Renaissance Period, even though this was the tail end.

the detail in the backgrounds. It’s very clear that the artists were inspired by classic Chinese painting. There’s a tremendous use of soft pinks, blues, and purples. The backgrounds all feel as if they have been fluffed out by a large paintbrush. Both types of painting techniques used in Chinese painting are present in this film: Gongbi, which is the attention to detail and meticulous lines, and Ink and Wash painting, which is a version of

watercolor. Next time you watch this film, just focus on the backgrounds. I was blown away.

This film’s use of color is also on par with Pocahontas. Reds and yellows are used to make statements. In particular, these colors are used in blocks during the song “Make a Man Out Of You”. It’s effective, visually, as those colors are used during most intense moments in the film, like the end fight to save China. 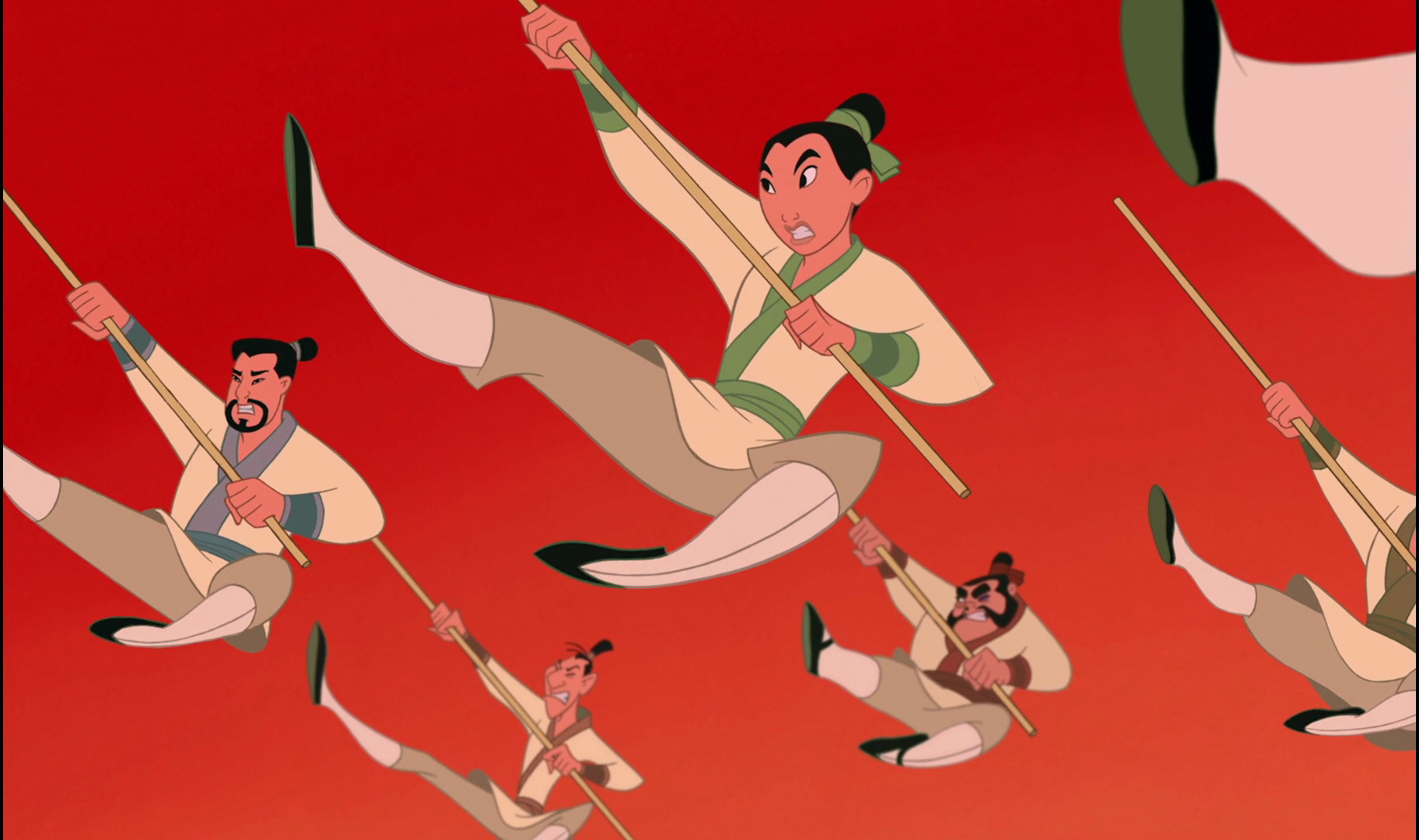 This is the first Disney animated film to take on the sensitive subject of war, and they do

it gracefully. Honestly, I didn’t even realize that there is a scene that shows a number of dead bodies until my most recent rewatch. It never fazed me as a child. So, it handles the brutality in a semi-subtle way, and respectfully handles the emotions of war.

Okay, two parts I get chills every single time? When Mulan cuts her hair off with that sword in one fluid motion and when all of China bows to her for saving the Emperor. They are both equally powerful.

Mulan wasn’t a princess story and it wasn’t a story that was driven by romantic love. It’s a story that is driven by love of family and love of country. It’s a story driven by honor and it may or may not be a story driven some initial confused sexuality. I will always argue that each Disney Princess has strong qualities for little girls to look up to, but Mulan, whether she falls in that princess category or not (she should…)  is a clear role model for little girls in children’s film.