I honestly thought that I was going to get out of Toy Story 4 without crying. I really did. But I was mistaken and the ending wrecked me. But we’ll get to that in a moment.

I was hesitant about Toy Story 4. The first film and the third film just book-ended so well with the imagery of the clouds, one on Andy’s wall and one in the sky, that I couldn’t imagine Disney/Pixar adding another film. It was a near perfect trilogy. However, once I saw the first full trailer, I knew I was going to be seeing this film in theaters. The whole “I don’t remember it being this hard” just got me, along with the spork that’s having an existential crisis. He just spoke to me. So, I went to the theater to watch the film. 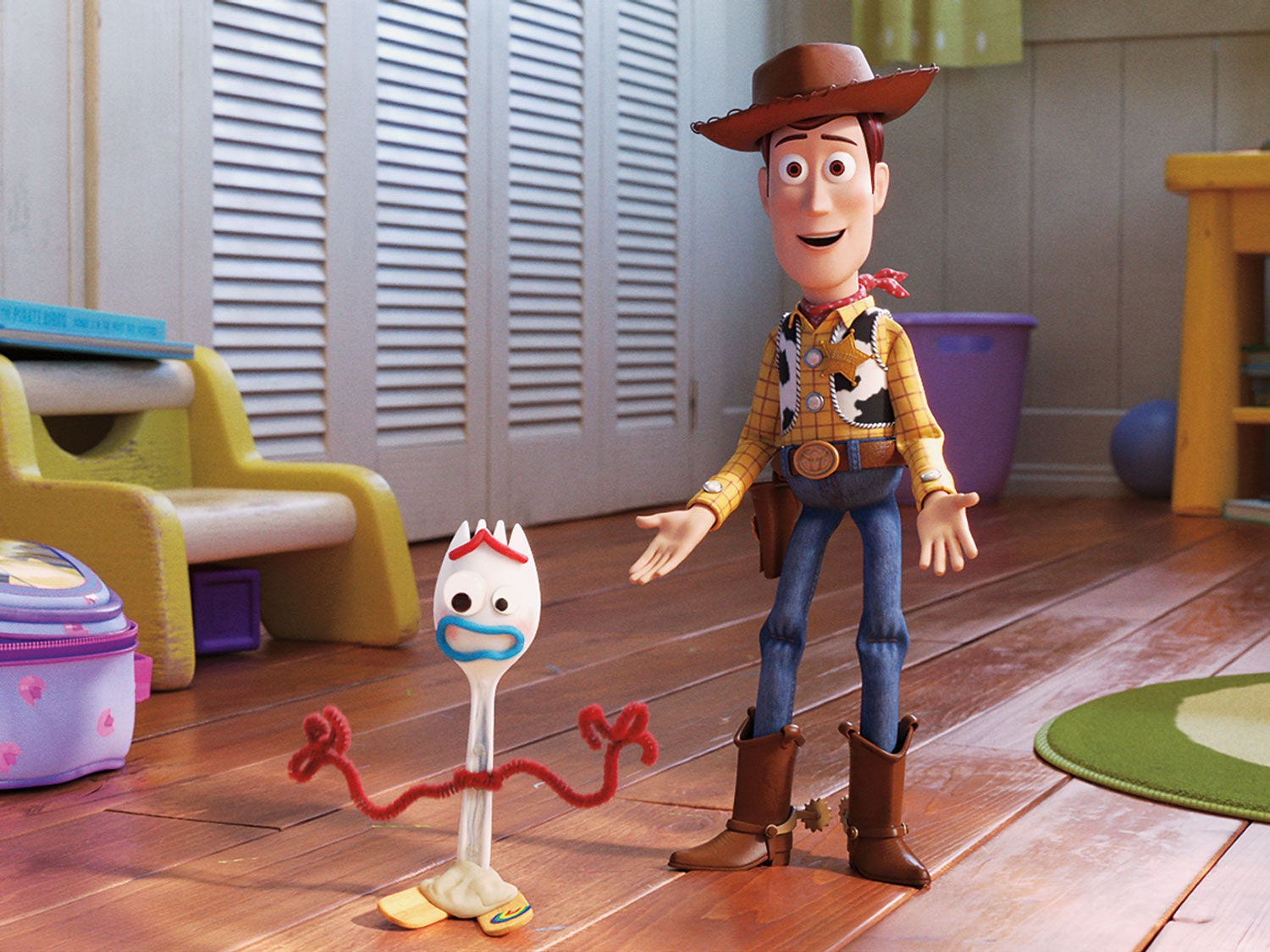 If I had to rate the film using the other three as reference, I would say that Toy Story 4 falls along the same line as Toy Story 2. It’s not bad by any means, but it’s also not the best. In regard to the script, there was a main focus on Woody as opposed to the group of toys as a whole, which I found disappointing. I’ve always liked that the Toy Story films have been an ensemble film, combining tons of great vocal talent and well-developed

characters. This film was far from that. Although, Bo Peep was brought back, so that’s nice. And, she’s a damn badass, so even better. There wasn’t enough Buzz Lightyear for me. Even though, they’ve been doing this weird thing where Buzz seems to be dumber than he was from the previous films. I don’t get it and I didn’t like it, even if it did make me chuckle.

I do want to talk about how far Pixar has come with their animation. Watch the original Toy Story after watching this most recent film and you will see what I mean. Their work with lighting and reflection, and water and movements have become so good. Honestly, in the beginning of the film, with the rain, it’s hard to tell whether that’s real rain or if an animator on a computer spent hours perfecting it. Which, I would assume, is the desired effect.

The new characters that were introduced in this film I enjoyed. In particular, I adored the characters of Ducky and Bunny, played by Keegan-Michael Key and Jordan Peele, and Duke Kaboom, played by Keanu Reeves. None of the new characters added to this ensemble of toys that I have watched for 24 (!) years felt forced. Even Forky was a good character, played by the wonderful Tony Hale. I think I related most to Forky, mainly because he wanted to throw himself in the garbage so much and had no damn idea who he was.

The only spoilers I’m going to put in this review are coming up. So, if you’d rather not know the ending to the film, stop reading now.

I’m conflicted. The ending made me cry. It was sad. But I want to know what this means for the franchise. Woody decides to stay with Bo Peep and be a lost toy. He decides to be a 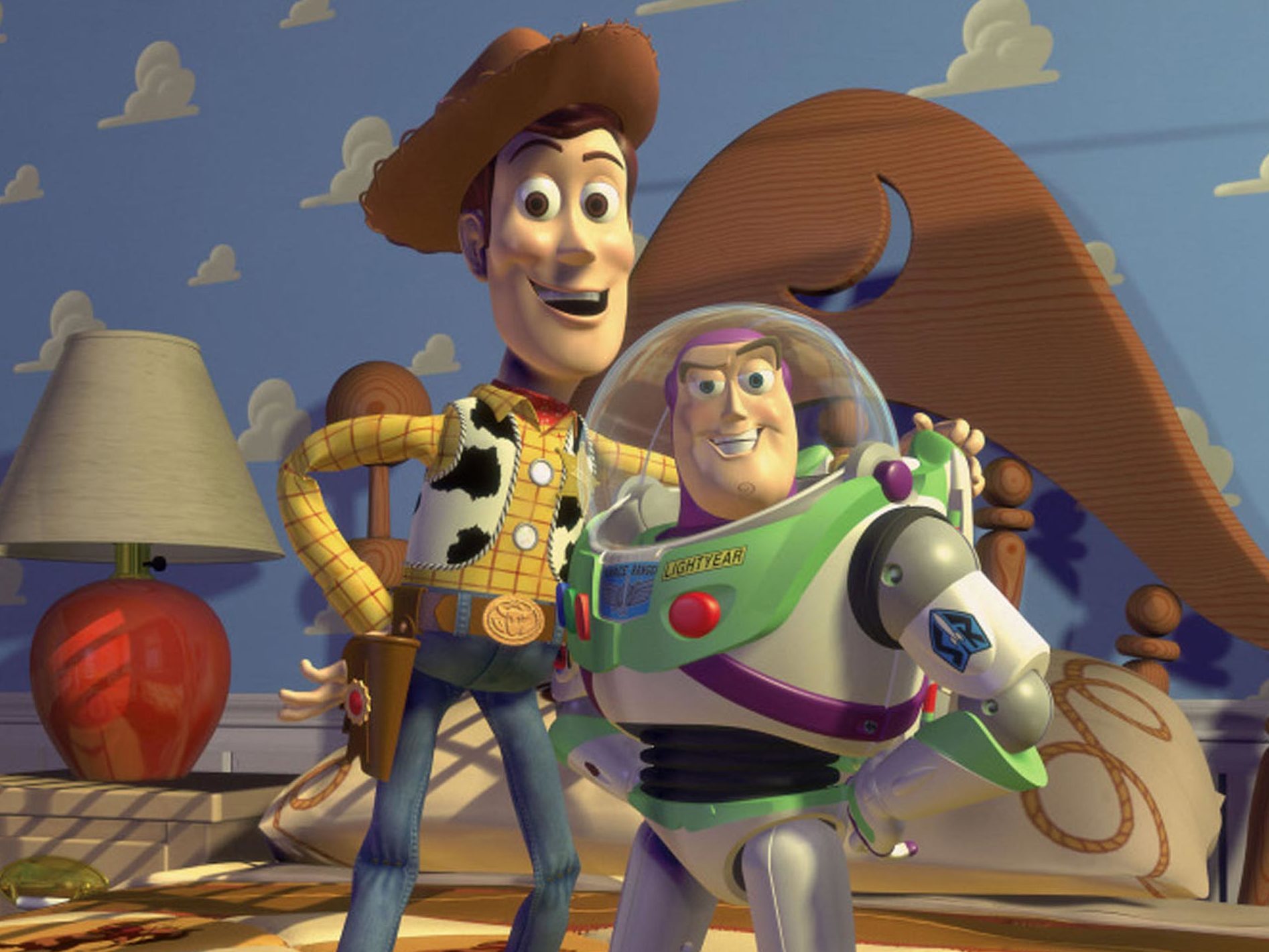 toy without a kid, which makes sense, I guess, since he never really got over Andy. But the toys have now been split up. No more Buzz and Woody. And, that just doesn’t feel right to me. I guess it feels like the right move for the character of Woody but feels wrong for the story and the films as a collective whole. And, if this is a way for them to be able to spin off two different series from this film, one following Woody and one following Buzz, I’m going to be so freaking pissed. I can’t imagine the characters of Woody and Buzz without each other and I think that’s what I’m struggling with. This one felt like a chapter ending almost more so than the third one did because, at least at the end of the third film, they were all still together. Clearly, I’m still not over this. But it has been less than 24 hours since I saw the film, so forgive me.

I’d say Toy Story 4 is a good film and is absolutely worth the money to see in a theater.  If you’re a crier like myself, then prepare to cry in the end. And, if you have a fear of ventriloquist dummies, as I do, then be prepared to be horrified and have a hand over your face for a good chunk of the middle of the film. Enjoy.