The horror film that set the tone for those to follow, the horror film that revolutionized teenage horror is none other than 1996’s Scream. Written by Kevin Williamson and directed by horror legend Wes Craven, Scream has become one of the most spoofed and most beloved horror films of the last 30 years.

Scream is a meta horror film. It is a horror film about horror films. And a lot of the genius of the film stems from its writing. Rules are established by a character, and then those rules are broken shortly after. Statements are made about girls running up the stairs when they should be running out the door, and shortly after, that is exactly what happens. The writing in Scream calls out the desensitized viewing audience, while genuinely creeping us out at moments.

I cannot think of an opening sequence of a film that grabs the viewer more than the opening 10 or so minutes of Scream. It’s a very “Alfred Hitchcock” thing to do to connect the viewer to a character who we actually will not be following throughout the film. The entire opening sequence perfectly sets the tone of the film, giving us an idea of how the killer kills.

It is very clear that a lot of thought went into the writing and directing of this film. It’s the details that make the film, honestly. From Dewey’s eating of his ice cream paralleled with his superior’s smoking, to the group of teenagers watching the original Halloween,

when Scream is so clearly inspired by said film. It’s these details that make the film rewatchable. I think each time I watch the film, I find something small and new to love. And, the scene where the character of Randy, played by Jamie Kennedy, is watching Halloween on his own and is “telling” Jamie Lee Curtis to “watch out, Jamie. Look behind you, Jamie”, while Ghostface is literally sneaking up behind him is some filmmaking genius.

Even with the film being set in the 1990s, it doesn’t feel all that dated. There’s not much use of ‘90s technology, which helps. And, the clothing isn’t too decade specific, although Gail Weathers’ hair may give away the decade.

It’s nice to have a horror film where the main female characters are not weak. And, Sidney Prescott and Gale Weathers are the furthest thing from weak. They kick some ass. The best part is that their characters just continue to get stronger throughout the series, especially Sidney. It’s clear that, between the 1st and 4th film, girl has taken some major self defense courses.

This is not only one of my absolute favorite horror films, but also one of my favorite ‘90s 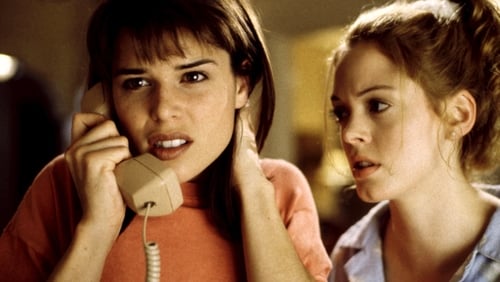 films. It’s campy and silly when it needs to be, and then it can be genuinely creepy. The film knows what it is. It knows that it’s a horror film about horror films. It’s about teenagers in horror films and the dumb decisions that can be made. It’s about an unspoken set of rules that are followed in most horror films. But, then it turns on it’s head to break (some of) those rules. It truly is a joy to watch over and over again.