If you’re looking to watch an entertaining film around 12:00 AM, might I suggest Satanic Panic. Satanic Panic is a horror comedy directed by Chelsea Stardust, starring Rebecca Romijn as Danica Ross, the leader of a satanic coven, and Hayley Griffith as Samantha “Sam” Craft, the unsuspecting pizza delivery girl about to be used as a virgin sacrifice.

This film was clearly made to be a midnight movie, there’s not doubt in my mind about that. The opening scene is an

homage to 1978’s Halloween, the opening credits are perfectly trippy, and it’s all ridiculously uphill from there. The plot is rather simple: a pizza delivery girl, Sam, delivers pizzas to a rich neighborhood outside of the delivery zone in hopes of actually getting a tip. When she does not receive this tip, she marches right inside the house, into the middle of a satanic coven meeting where they are preparing to summon Baphomet. The only problem they have is that they need a virgin sacrifice. Unfortunately for Sam, she turns out to be that virgin and has to escape to stay alive. 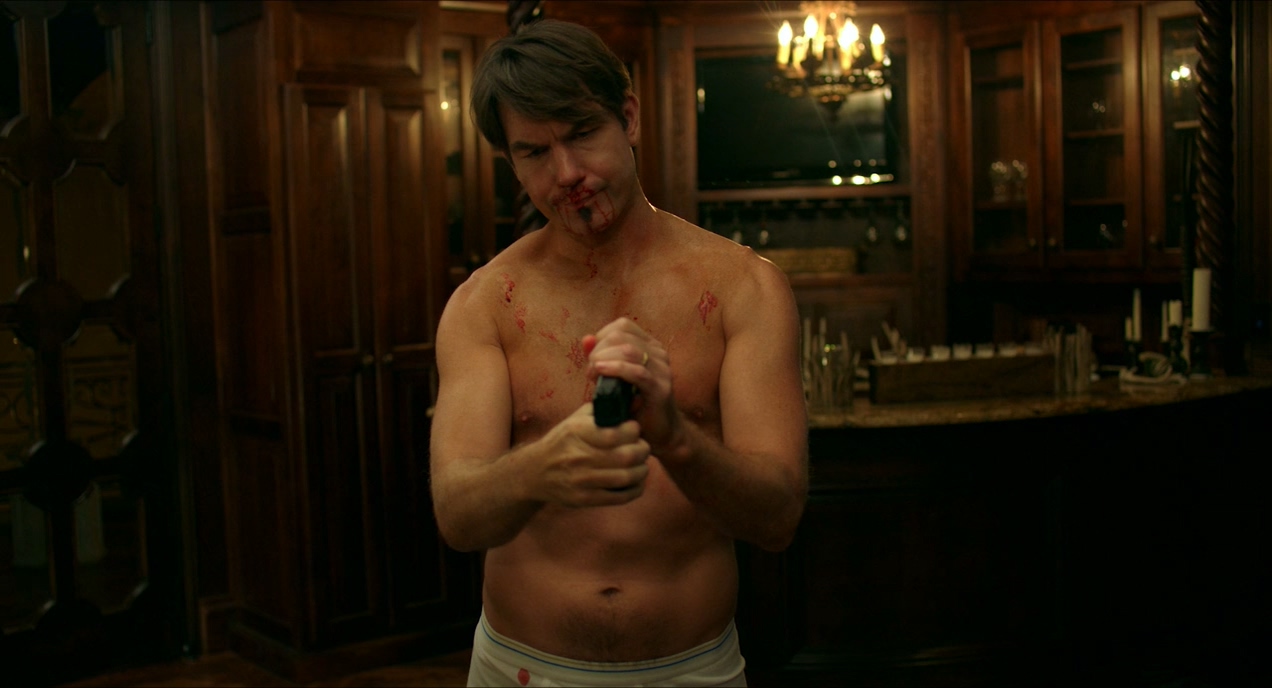 Jerry O’Connell, Rebecca Romijn’s real life husband, plays her husband Samuel Ross in the film. For being such a friendly guy in real life, I must say that O’Connell is very good at playing a creep, no matter how short lived the character. Arden Myrin is also in this film as Gypsy Neumieir, a member of the coven who desperately wants more responsibility than she’s given. Myrin does a perfect job at crafting this character.

The best acting in the film, hands down, is Rebecca Romijn. She really went all in playing this coven leader. She is perfectly evil and, honestly, I don’t know that I can picture anybody else in that role but her.

Satanic Panic uses nearly all practical effects and for that I am definitely grateful. They are wonderfully gruesome and give off an Evil Dead II vibe. This film was clearly made by people who love campy horror, and I think they did it justice.

Some of the dialogue in the film was questionable: the use of the word “retard” at one point, for example. It felt like I

was in the year 2005 all of a sudden. But, I kind of think that’s the point. Other than that moment, there’s a lot of funny and clever dialogue. The best line in the film, by far, is “Your boyfriend’s limp dick is going to get us killed”. I want that on a t-shirt. Or a sticker.

Is this film the best? No. But, it’s fun and ridiculous. So, if you find yourself up late at night looking for something to watch that doesn’t take itself seriously, I definitely recommend Satanic Panic.