Like many, the stories of Winnie the Pooh are very near and dear to my heart. So it is to the surprise of nobody that I was excited to see this film. I went in to the theater, popcorn and drink in hand, all ready for my inner child to live her best life. And, she did, for a little bit. Even with the inclusion of all the Hundred Acre Wood characters, though, I still felt that the film was lackluster.

It all boils down to the characters. Obviously, I am not talking about Winnie the Pooh and all of his friends. They were fine and written quite true to their original source material. I’m talking about the human characters that we meet in the film. Let’s start with 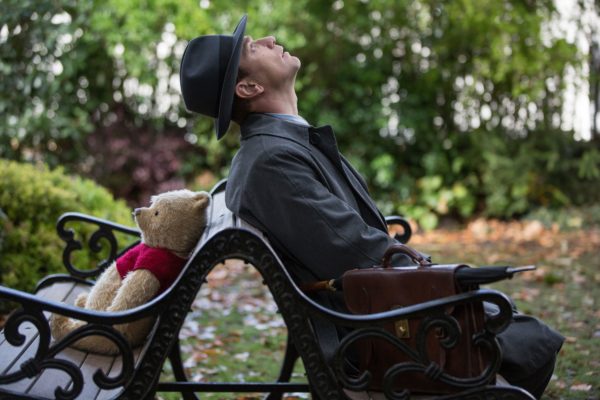 Christopher Robin himself. The beginning is solid, with the character pulling on your heartstrings. However, once he’s older, he’s played quite unsympathetically by Ewan McGregor. (This one really hurts me guys, because I love Ewan McGregor). There just didn’t seem to be much there in terms of emotion. He went from being  very serious to, in a flash, having his inner child again. There was no transition, which was troubling. There also wasn’t really any big emotional moment, a moment where the audience was elated for Christopher Robin. There just seemed to be something missing, whether that be from the writing of the character or the actual performance.

Let’s move on to Hayley Atwell’s character of Evelyn Robin. She’s Christopher Robin’s wife who is unhappy that he works so much and doesn’t spend enough time with the family. So, she’s pretty much just a film cliché. I don’t think there was necessarily a problem with her performance, so much as the material wasn’t there for her to pull from, which is disappointing. In fact, a good chunk of this film felt cliché. Nothing felt original. It was like I’ve seen this all before except it was about a grown up Peter Pan… 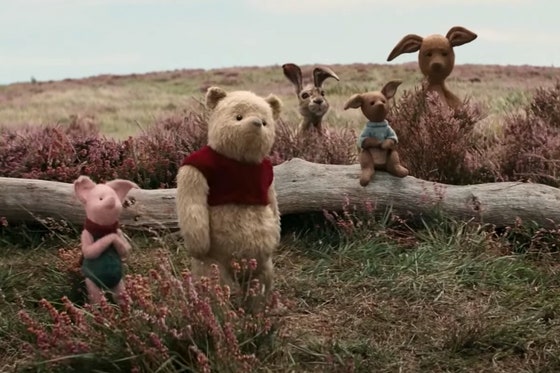 I will say that Youngstown, Ohio treasure Jim Cummings can do no wrong in my eyes. His performances as Winnie the Pooh and Tigger were wonderful. In fact, the entire voice cast did  a nice job. Honestly, I think voice acting is underrated and it should never be overlooked.

The director, Marc Forster, along with the cinematographer, Matthias Koenigswieser, created a beautifully shot film. Some of those landscapes were absolutely breathtaking.

The animation was also fantastic. I often found myself staring at the screen trying to figure out if it was in fact computer animation or if they had used actual puppets. That’s how good it was. They were perfectly designed to look like the stuffed animals that they are.

Although I have trouble with the writing and, as I stated above, the film felt lackluster, that doesn’t mean that I did not cry. The moment the Winnie the Pooh theme was played within the score, it was like somebody had turned on a faucet in my eyeballs. Again, though, I don’t even think nostalgia can save this film. And that’s a huge disappointment.

What do you think? Have you seen the film? Do you think I’m completely off? Let’s discuss.