The film Happy Death Day was surprisingly good. I remember thinking that the concept was silly, but, upon seeing the film, I found that it was executed perfectly. I absolutely loved it. So, I went into Happy Death Day 2U with pretty solid expectations. And, I’ll tell you what: it met every single one of them and then some.

Happy Death Day 2U is much less of a horror film than the original one. In fact, there’s very little that is actually scary in this sequel. It’s much more of a mystery and science fiction film. Christopher Landon, the writer and director of this film, chose to focus more on the characters themselves and developing everybody, not just the main character of Tree Gelbman.

Speaking of Tree Gelbman, I need to say how much of a treasure Jessica Rothe is. She is comedic gold in the film, and she can portray genuine emotion when it is needed. She’s just so interesting to watch and I look forward to seeing her future projects.

Story wise, we do get an answer for why the time loop happened to Tree in the first film. Although I do like the ode to Groundhog Day by not giving a reason, the reason that is given is solid and launches the entire film into more chaos. As the first film paid homage to Groundhog Day, Happy Death Day 2U clearly pulled from Back to the Future II, and it was clever. There’s even a reference to the character of Biff Tannen with “Biff’s Tree Removal” company prominently being featured in a scene, while Tree is seen wearing a tracksuit. It was little touches like that that I appreciate, honestly. 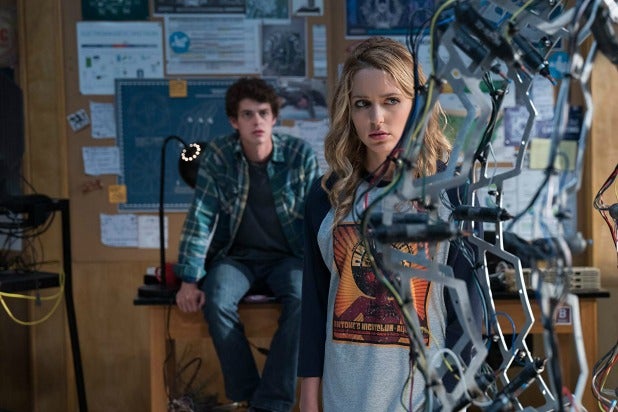 However, the science fiction part of the film is kind of…loopy. Although we get an explanation for Tree’s time loop, we do not get an explanation for the time loop at the beginning of this second film. We also never get a mention or explanation for the Other Ryan or the bad thing he was trying to prevent from happening. It’s just kind of brushed to the side. I was hoping that there would be more use of doppelgangers, as that is what the film seems to establish in the beginning. Or, at least more use of multiple universes existing simultaneously. I really thought they were going to go in that direction with the universes slowly collapsing into each other. Now, that would have been cool.

The film does get surprisingly emotional, and focuses more on the past vs. the present vs. the future of Tree Gelbman. Even with the inconsistencies in the time travel/multiverse rules established in the beginning, the film is still enjoyable. It’s a film that doesn’t take itself too seriously. The tone is perfect. And, honestly, Blumhouse should focus more on making these kinds of film and less on making films like The Nun.

Go this weekend to see Happy Death Day 2U. Even with the ridiculous title, it is absolutely worth the money.