I was worried about this film before I even walked into the theater. I so desperately wanted it to be good and to capture the magic of the beloved animated film (sans racism). I was, however, disappointed.

It feels as if Disney has no care for the actual writing of these films. They’re only concern is pumping these live action films out fast enough to stay relevant (so, I’m worried for The Lion King). Dumbo is no exception. Much like Christopher Robin, everything felt very surface level. Nothing went any further than skin deep, which is a problem when rewriting this story in particular. The 2019 film puts more of a focus on human characters rather than the animals, which is fine. I get it. They did not want to CGI 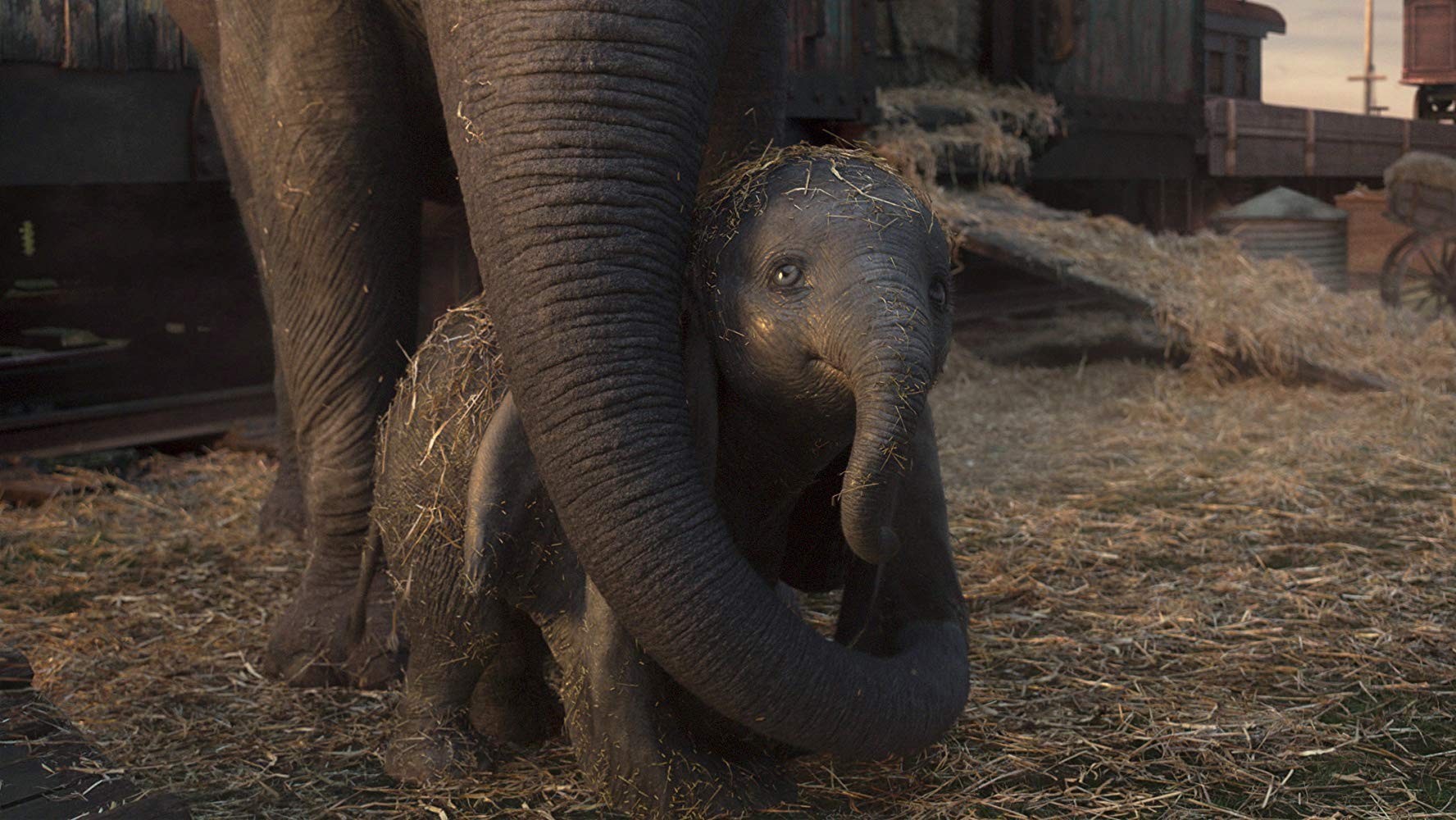 animals talking. In that case, though, you need to make sure that your characters are interesting, and none of them really were. I attribute this, not so much to the acting (which I’ll get into in a moment), but the writing. After viewing this film, I looked up who wrote it, as I realized I actually had no clue. Turns out that the person who wrote this film is the same person who wrote The Ring, The Skeleton Key, The Brothers Grimm, and the very poor Ghost in a Shell. Ehren Krueger clearly does not have the talent to write a heart felt film. He took the original story concept and the original animated film, with a run time of an hour and four minutes and managed to stretch those things into a film that is nearly two hours long. And, boy, does it drag. I actually found myself glancing at my watch in the theater wondering if the film was almost over.

Of course, not all of the rewriting is bad. I mean, Dumbo discovers that he can fly in the live action film by playing with children, and not like in the animated film where he wakes up in a tree after a night of heavy drinking and Timothy Mouse convinces him that they must have gotten up there because, obviously, Dumbo can fly. There’s also a take on “Pink Elephants on Parade” in the film, but that feels like more of Tim Burton’s doing than anybody else.

Let’s talk about Tim Burton. I enjoyed his directing of this film. I’ve been a fan of his work for quite some time. However, in recent years, I’ve not made an effort to see his films. Particularly, after what was done to Alice in Wonderland and all its CGI wonder, I’ve been turned off to Burton films. Dumbo, though, was a reunion of one of my favorite Batman films, so I was on board. The look of the film reminded me a lot of another Burton film, Big Fish, which isn’t a bad thing. I liked the style, and there were no black and white stripes anywhere. So, that was refreshing.

As far as the acting goes, it was okay. Colin Farrell plays a character who has a southern

accent. It was alright. The children actors felt pushy, particularly the young girl (but, again, I attribute that to the writing of her character. She wasn’t given the best material to work with). Eva Green’s performance wasn’t anything special. But, the most disappointing performances were those of Danny Devito and Michael Keaton (and, goddamnit, I love Michael Keaton, so this bummed me out). Devito’s character was very one dimensional and Keaton’s villain was boring. These performances, though, may be due to source material and the actors doing the best they can with what they have (you know, like Suicide Squad). Question, though: was Keaton’s character meant to have an accent or not? Because I literally couldn’t tell, and I was focused on it for most of his screen time.

Dumbo, like Tim Burton films before it, was scored by Danny Elfman. And, although I like Danny Elfman as a composer, even the music was underwhelming. There was inclusion of melodies of songs from the original film, but nothing that really pulled at your heart or provoked any other sort of strong emotion. Even the placement of “Baby Mine” didn’t sadden me, due to the fact that not enough time was spent really getting a feel for the relationship of Dumbo and his mother, like in the 1941 film.

Everything about this film just felt rushed, except for the pacing of the story. And, as I sit here, drinking tea out of my Dumbo mug, I get more and more disappointed. But, hey, that CGI baby elephant was cute.