1990’s Arachnophobia is not necessarily a good film nor is it paced very well. The film feels like it takes forever before it really gets going. We spend far too long in the jungle, and not long enough with Ross Jennings, played by Jeff Daniels, and his family. I desperately found myself wanting less background on these spiders and more of the spiders terrorizing the California town of Canaima. I think I really wanted a film that resembled 2002’s Eight Legged Freaks, honestly.

It’s very clear that this film is not meant to be taken seriously. It’s black comedy gold and very reminiscent of the B movies of the 1950s and 1960s, not only with its subject matter, but also with its visuals. I mean, for goodness sake, when the character of Jerry Manley, the photographer, is shown dead, we can clearly see his pulse still beating in his neck. There was no effort to hide it during production or even during post. 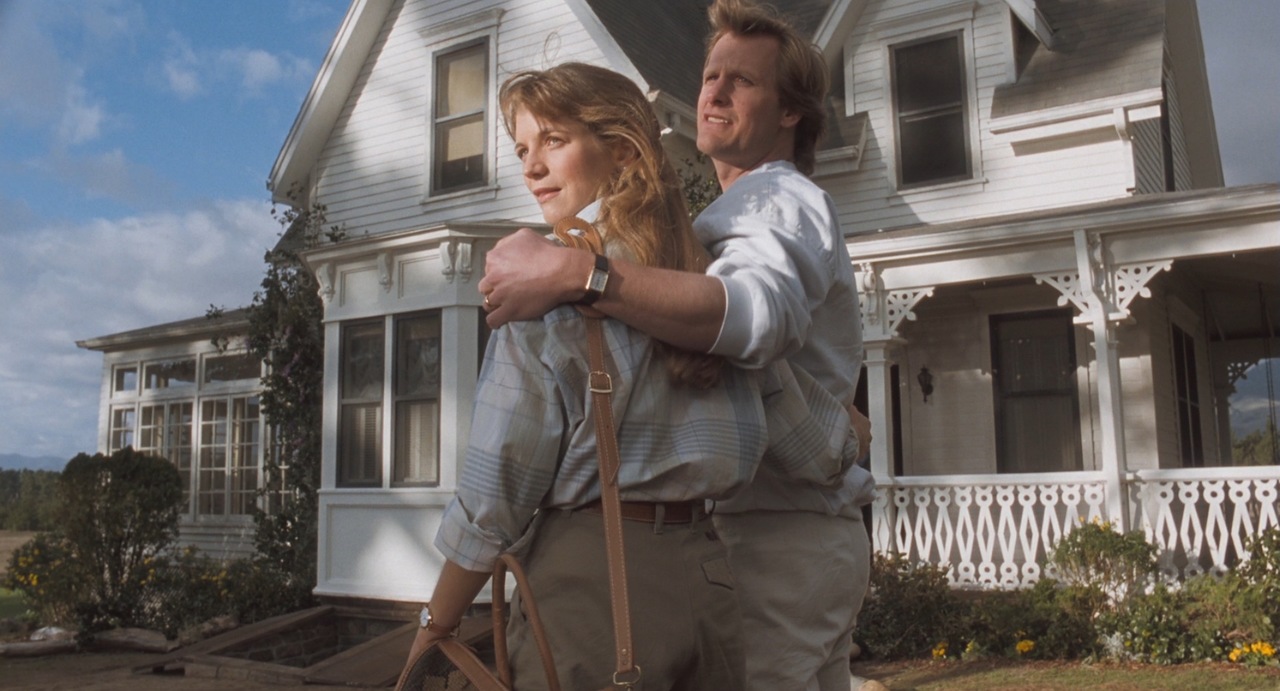 I already mentioned that the pacing of the story is off, which is frustrating. But, the amount of exposition that is between the Jennings is irritating. I don’t know that we actually needed that much back story on this family. All we need to know that Ross Jennings is deeply afraid of spiders, or arachnophobic, if you will. That way the audience has a sense of accomplishment when Ross overcomes his fear at the end of the film.

Speaking of the end of the film, I must say that I greatly enjoyed the fact that the queen spider was set on fire and then nail-gunned into her nest. It was glorious. What was odd was choosing to end the film with an earthquake in San Francisco and a song that did not fit the rest of the film.

The most glorious part of Arachnophobia is obviously John Goodman playing the exterminator, Delbert McClintock. Goodman is the highlight of any film he’s in and this film was no exception. I would honestly watch an entire film about this character and love every second of it.