Two youngsters from rival New York City gangs fall in love, but tensions between their respective friends build toward tragedy.

Ok, I’m going to be completely honest: I do not like West Side Story. It is my least favorite movie musical, possibly of all time (right up there with Annie). But, seeing as the film comes in at number 51 on this list, I had to rewatch it. 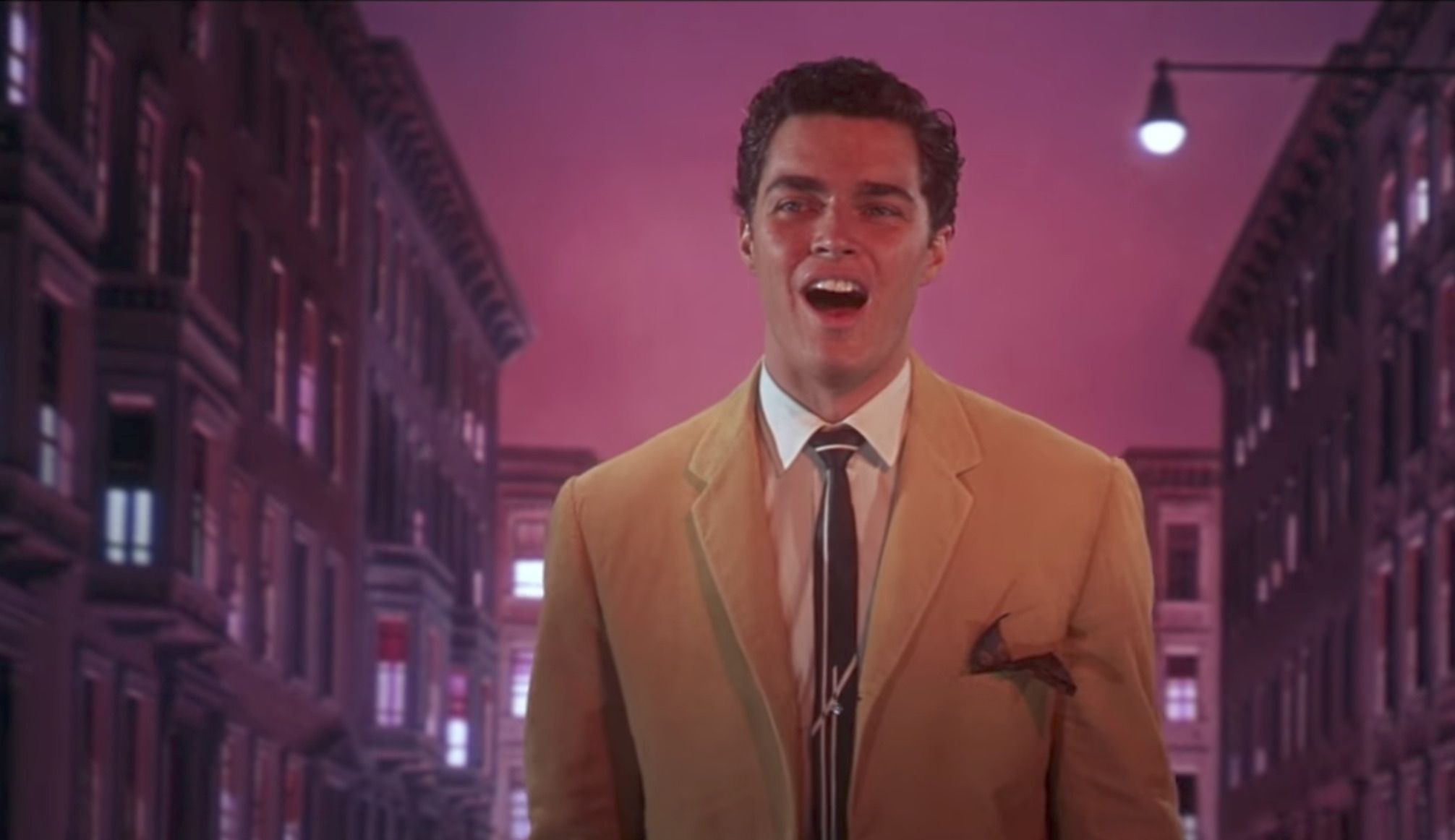 You can clearly tell that this musical was made at a transitional time in Hollywood. West Side Story is still very reminiscent of the musicals of the 1950s, but has a 1960s flair to how certain songs are presented as in a dream like state. I, personally, hate the visual effects used in, for example, the song “Maria”. It just looks cheesy to me.

Musically, there isn’t a single song in the film that is there for the sake of having a song. Each song moves the plot along or gives us insight to a character, which is great. However, there are only two whole songs in this movie musical that I enjoy and those are “Tonight” and “Maria”. The song “America”, although lyrically I like it, annoys the heck out of me and gets stuck in my head every time I hear even a little bit of it. Leonard Bernstein wrote the music for West Side Story while Stephen Sondheim wrote the lyrics. I love Sondheim, but I hate this musical. But, that’s probably because it’s the least Sondheim-sounding musical that he’s contributed to. I miss people singing over each other in different melodies all at once.

Clearly, West Side Story is inspired by William Shakespeare’s Romeo and Juliet. And, this films love story is just as ridiculous as Romeo and Juliet’s. Maria and Tony meet across a crowded room. It’s love at first sight and it’s not long before they are telling each other they love each other. Like, it may only be a day. At one point, Maria says to Tony “Imagine being afraid of you.” Girl, you just met this man a day ago. You don’t know who he is. Be better.

Speaking of Maria, let’s talk about the fact that she is a Puerto Rican character with an accent played by Natalie Wood, who was very Russian. Sure, back then they weren’t

thinking about white-washing films. But, they want me to believe that they couldn’t find anybody else for the role? Maybe somebody who actually fits the role? It is truly baffling when the cast surrounding her are all at least of Hispanic descent.

That brings me to another frustration with this film, which is that everybody’s singing voice has been dubbed over by another singer. This happened constantly throughout the 1960s with musicals, and I get that studios wanted a big name to star in order to fill seats, but during this time, especially, there were so many actors and actresses in the industry who were triple threats. Why not cast any of them?

My best guess as to why this film is on AFI’s Top 100 list is because of the subjects that it deals with, which is gangs and race relations. That has to be it, as I cannot think of any other reason why this musical in particular is on this list. I find it so incredibly boring, with mediocre performances and even more mediocre singing (which is so funny since all singing voices were dubbed). The film has been parodied so many times in terms of “dance fighting” that it’s hard now to take those segments seriously, no matter how beautiful the choreography. I’d be content to never watch this film again. But, I’ll always have “America” playing in my head on a goddamn endless loop.