I never want to live in a world where, in order to destroy an asteroid headed right for Earth, NASA sends oil drillers with no astronaut experience to, first, land on the asteroid, second, drill 800 feet into the asteroid, and third, shoot a nuclear missile into said asteroid to split it in two. Like, if the scenario of a large asteroid coming towards Earth occurred, I would lose all faith in our space program if that is the best that they could come up with. AND this all unfolds in just 18 days.

Look, I’m just going to say it: Michael Bay cares little about the actual substance of his films and would rather just blow shit up. Which, fine, whatever, but let’s at least have some comprehensive editing where the audience can actually figure out what is happening and which characters are getting hurt. The entire third act of Armageddon is frustrating because with any explosions that happen while on the asteroid, the editing makes it damn near impossible to figure out what the hell is happening. And, you can’t use the argument that this is a 1990s action film and they were all like that. Michael Bay continues to make films in this manner. He has never learned.

Okay. Let me cut my rant about Michael Bay short.

Armageddon was written by Jonathan Hensleigh and a young J.J. Abrams, and I must say

that this film has just some of the worst dialogue I have ever heard. Not to mention that it definitely ignores physics and creates its own science. But, again, this is a film about NASA sending oil drillers into space to drill into an asteroid. And, all in less than twenty days. Also, space dementia, the reason given as to why Steve Buschemi’s character goes batshit crazy on the asteroid, is not a real thing. Not even a little bit. But I think I am expecting too much from a Michael Bay film. You know, all I want is some factual accuracy and no derogatory use of the word “retard”.

This film absolutely does not deserve to have a soundtrack done by Aerosmith. I know that Liv Tyler is in the film, playing Grace Stamper, and that Steven Tyler, lead singer of Aerosmith, is her father, but, I mean, “I Don’t Want to Miss a Thing” was literally written for this film. And, that’s a solid song. This film does not deserve that song.

I do just have one question, though. Does anybody think that Ben Affleck’s character, AJ, lives a life of guilt after Harry, Bruce Willis’s character, sacrifices himself? Like, say AJ and Grace’s marriage isn’t working out. They’re miserable. Do you think AJ would stay with her because of what Harry did? Because I feel like he might. 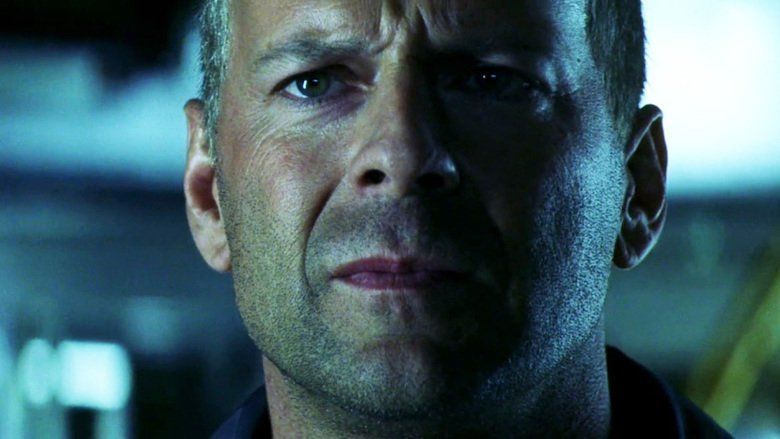 Honestly, nobody would watch this film if it did not star Bruce Willis. I firmly believe that. Hell, that’s the only reason that I watch it. And, I know that a lot of this sounds like I’m criticizing all action films, but I promise I’m not. I’m just criticizing Michael Bay’s action films. Please somebody tell him that you can make a film that is action packed and still has substance. He desperately needs to know.