Disturbed Blanche DuBois moves in with her sister in New Orleans and is tormented by her brutish brother-in-law while her reality crumbles around her.

If there’s one thing to know about me through all this, it’s that Elia Kazan is, hands down, one of my favorite directors of all time. From On The Waterfront to Baby Doll to A Face in the Crowd to this film, I am a fan. I connect with his themes of family disintegration, the animalistic nature of man, and anguish. What that says about me, I’m not sure.

For those unfamiliar with A Streetcar Named Desire, it is peak Tennessee Williams. The 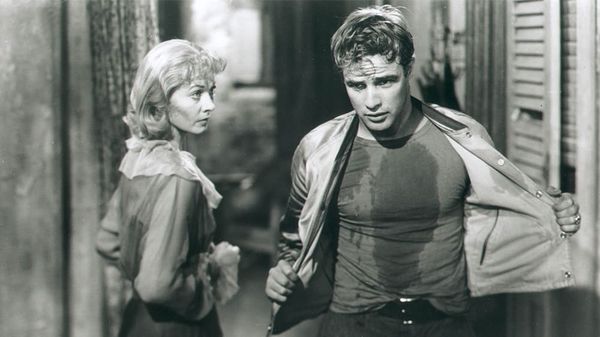 1951 film is based off the stage play of the same name. Williams wrote both. In fact, most of the cast of this film and even Kazan himself came from the original Broadway production. The addition to the cast was Vivien Leigh, and what an addition she was. Leigh steals the film, hands down. Watching Blanche DuBois slip not-so-slowly into madness is both mesmerizing and horrifying. Leigh gives one of my favorite performances of all time in this film. 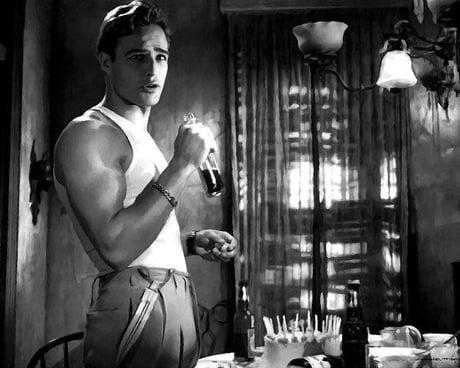 Marlon Brando’s performance as Stanley Kowalski is equally mesmerizing and horrifying. The character of Stanley is vicious at times, absolutely despicable. But, at the same time, Brando plays him sympathetic. He switches back and forth masterfully between the two. But, no matter how sympathetic he tries to be, the audiences feeling of hatred for Stanley Kowalski is what wins out in the end.

Everything blends together in this film to create an overall feeling of heat and struggle. The lighting emphasizes the drama of the situation, as well as the music. And, as strange as this sounds, the sound design helps to emphasize the heat of New Orleans.

Those familiar with the stage play will note that the film ends differently. In the play,

Stella, at the end, returns to Stanley with their child, even after finding out about the heinous act on her sister, Blanche. It’s a heartbreaking ending. But it’s a Tennessee Williams play, so what else was to be expected? In the film, the ending is changed to Stella and her child leaving Stanley, which, I guess, is a bright spot in an otherwise sad film. But, who’s to say that she actually stays away from him this time?

A Streetcar Named Desire is one that absolutely deserves to be on this AFI list. If you haven’t seen it, I highly recommend watching it. I mean, we’re all quarantined currently, anyway. You have time on your hands. We all do.