Just Friends is one of those films that I quote on a near daily basis. Whether it’s “Wait, where are you going?”, “I’m stuffed”, or “Joyce? Joyce?”, I find some way to work a quote from this film into daily conversation.

However, much like my post about Big, I have never watched this film while applying today’s societal standards and morals. And, I’m not going to lie: I was bummed to find that this film did not age well. I mean, I was already expecting that solely based off of the concept that the title comes from. Because, news flash, the “friend zone” as portrayed in popular culture, does not exist. But, that wasn’t the only thing that did not age well.

As with most early 2000s comedies, the language used in the film has not aged well. Mainly lines like “You and Hong Kong Phooey up there” and “So how did you lose all that weight? Like that retard from Subway?”. I can’t really think of any early ought’s pg-13 or rated R comedy that didn’t use that kind of language, which just shows how far we’ve come in 20 years, or even the last 10 years.

On top of the outdated concept of “the friend zone” and the language, this film does an awful lot of fat shaming. Unfortunately, we haven’t come as far with that subject, which is disheartening.

The reason that I keep going back to this film every Christmas (it’s a Christmas film. I 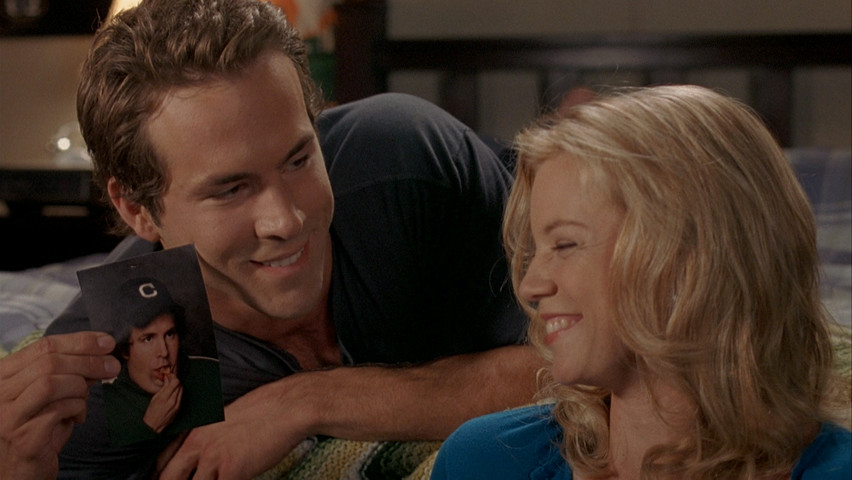 will fight anybody who says otherwise), is due to the performances in this film. Just Friends stars Ryan Reynolds, Anna Farris, Amy Smart, Chris Klein, Chris Marquette, and Julie Hagerty. Each and every actor in this film gives a solid comedic performance, Reynolds and Haggerty in particular. Everybody’s line delivery is on point, from the main characters to the minor ones.

If it weren’t for those performances, would I rewatch this film as much as I do? No. I don’t think I would. But, the performances make the film re-watchable. Is that a good thing? I’m not entirely sure. And, that’s something I may dwell on before watching this film again.