When Doctor Sleep was first released in theaters, I remember the film receiving mixed reviews, which made me hesitant to watch it. The film The Shining is my favorite horror film. I didn’t know how much they would refer to the film vs. the book The Shining because those two are very different. I was more or less just nervous about the screenplay and how it would incorporate both the book  Doctor Sleep  by Stephen King and Stanley Kubrick’s film The Shining. I was indifferent at first, but as the film went on, I found myself absolutely loving it.

Both books by Stephen King are a lot more mystical than Kubrick’s film, and the way that writer/director Mike Flanagan seamlessly intertwines the two works perfectly on screen. And, in my opinion, Mike Flanagan has proved himself as a force to be reckoned with within the horror genre.

I felt that all the casting was well done, from Ewan McGregor playing grown-up Danny Torrance, to the casting of actors to recreate and further the performances of the actors from the 1980 film. The young Kyleigh Curran does a terrific job, but the actor I really want to talk about is Rebecca Ferguson who plays Rose the Hat. Her part of the story is important, although her screen time feels minimal compared to everything else. Ferguson, though, makes the most of the screen time she has, and really becomes the despicable character of Rose.I really, truly disliked her, which was the point. 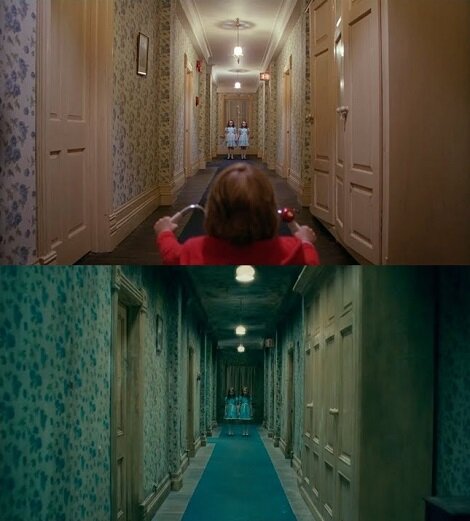 Two things that I really loved Mike Flanagan’s interpretation of in this film was his portrayal of events occurring in the character’s minds, and the recreation of the Overlook Hotel. He got some practice with the former when he did Gerald’s Game, which is another really good adaptation of a King story. And, the recreation of the Overlook Hotel was meticulous in detail. It’s very clear that Flanagan himself is a fan of Kubrick’s film, not just from the use of the hotel in Doctor Sleep, but also from the immense amount of Easter eggs in the film, my favorite of which is Danny Torrance wearing nearly the same outfit at the Overlook that his dad wore on that final night.

All in all, this film is one that I quickly became very enthusiastic about. I mean, I’m still thinking about three days later and am debating on watching the film again, to see what I missed in my first watch. I guess I get some of the mixed reviews. If you are expecting a direct sequel to 1980s The Shining, that’s not what you’re going to get. If you’re expecting a film sequel to the original King book, that’s also not what you’re going to get. What you do get is a perfectly balanced combination of the two that proves to be rewatchable.