What this film lacks in originality, it makes up for in tone. Writer/Director’s Severin Fiala and Veronika Franz create a tense atmosphere with limited dialogue and striking visuals. The story itself is nothing we haven’t seen before. If 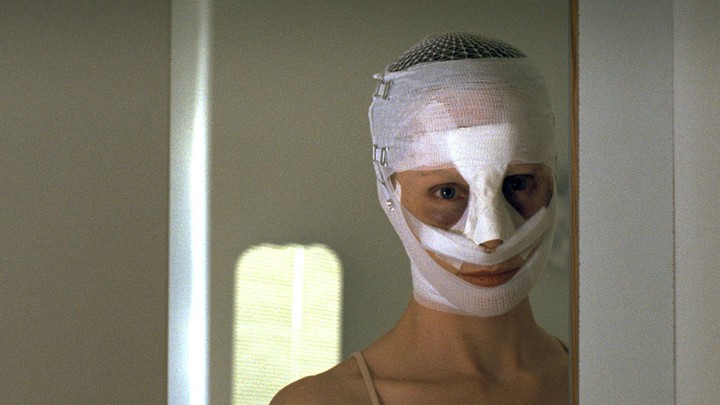 you’ve seen A Tale of Two Sisters (2003) or the American remake The Uninvited (2009), then you can see where this film is headed pretty early on. What makes this film worth it is a combination of two things: first, Susanne Wuest’s acting as Mother and, second, is the unsettling feeling you get anytime Mother is on screen while wrapped up in her bandages.  I saw the trailer for this film years ago and it’s an image that has stuck with me since then.

If, like me, you find that you sometimes struggle reading subtitles while also focusing on the action occurring on the screen, then I recommend this film. As I stated, there is limited dialogue. A lot of the story is easily conveyed solely through the visual rather than the auditory.

The film definitely falls into the category of slow-burn horror. The entire film is pretty well paced, with the ending being particularly brutal.

Other than that, I don’t think I have much more to say. The film is enjoyable, albeit predictable. So, if you’re sick of the same ten movies playing on television this month, check out Goodnight Mommy, currently streaming on Hulu.