There’s something very  specific about early 2000s romantic comedies. From the language to the situations to the questionable morals, you absolutely know when the rom-com you’re watching was made after 2000.

I watched The Wedding Planner for the first time, in full. And, honestly, I feel dumber because of it. Now, I’m a person who enjoys romantic comedies very much. I mean, When Harry Met Sally is one of my top five favorite films. But, The Wedding Planner is just such a poorly written film. For goodness sake, this is an actual line in the film: “Fran is great. But… what if what I think is great really is great, but not as great as something greater?” That’s just lazy. And the writing never gets any better.

Serious question, here: are we supposed to like character’s of Mary and Steve? Because they are both absolutely awful 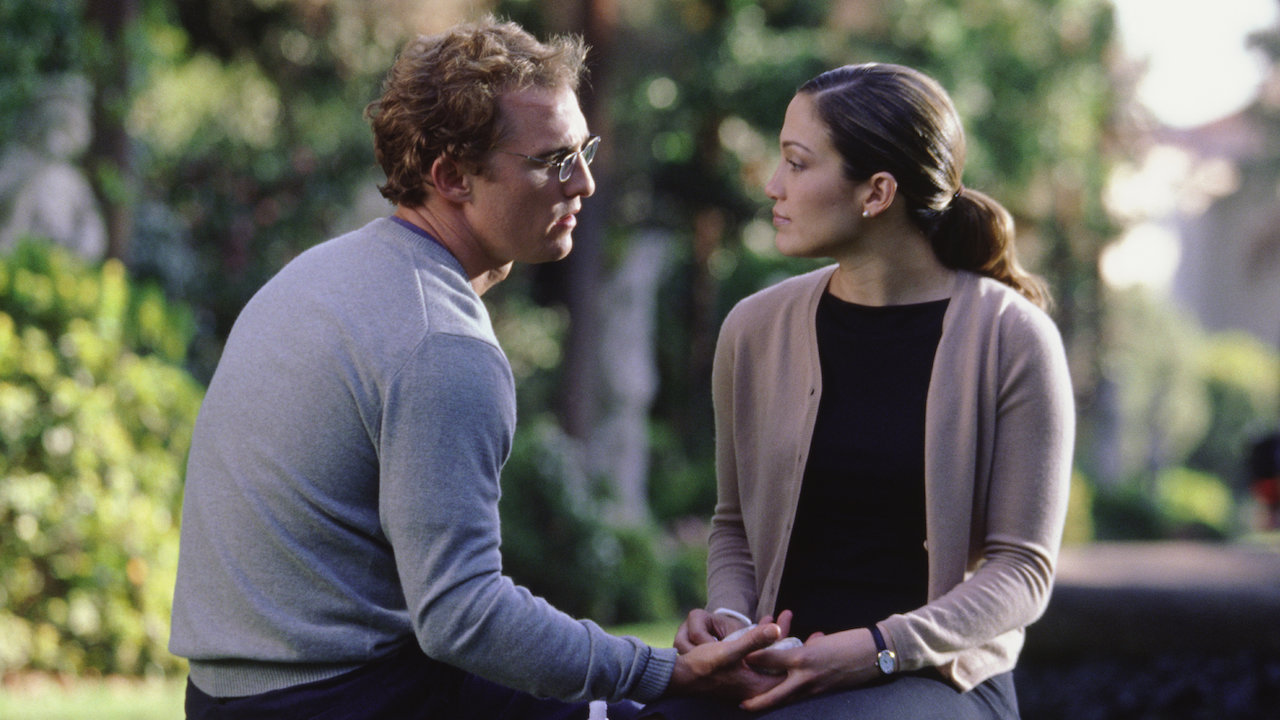 people. Steve very much goes on a date with Mary, never disclosing that he is engaged to be married. And Mary is a frustrating work-aholic, who is unbelievably entitled. There is nothing likeable about either one of these people. The film pretty much relies on the audience liking Jennifer Lopez (Mary) and Matthew McConaughey (Steve), and draws the conclusion that, if the audience likes them, then they’ll surely like their characters, too. Honestly, I’m just happy that younger generations will not know this Matthew McConaughey until after seeing what he does now.

A dead giveaway of an early 2000s film is always the nonchalant racism that’s thrown in for laughs, and this film is no exception. Kathy Najimy, as Mary’s boss Geri, states to one of her assistants “Uh uh, Pierre, I love you but if you use another carnation in my bouquet I *will* deport you, mk? Muah.” Cool. Cool cool cool.

So, not only is the dialogue unbearable, but half of what happens just makes no sense. First, when Mary is brought in to the hospital after being saved from a runaway dumpster (you read that right), she’s in the children’s ward. Now, I know that Steve is a pediatric doctor, but did he just bring her there and put her in a bed in his wing? Is this not against any protocol? Why are seemingly all the children in this wing of the hospital next to Mary’s bed?

Second, Mary does research on any clients that she has, so she knows their background. You expect me to believe that when researching her biggest client yet, she did not come across one picture of her clients fiance? She had no idea that Steve was Fran’s fiance? How is that possible?

Third, she only spent, what, 8 to 10 hours with Steve the day she met him? And she’s fallen in love with him? And he’s fallen for her? Yeah. Okay.

Anyway, I’m never getting that hour and forty three minutes back.