I am from the northern part of what is known as the Appalachian Region. Whenever Appalachia (and that’s Appa-latch-uh, not Appa-lay-shuh) is portrayed in media, however, it is the region just south of where I grew up, in Kentucky and Tennessee and the like. It’s always the areas struck hardest by poverty. Hollywood, for years, has preyed off these people for the sake of a story. These people who have pride in where they are from, have a deep connection to family, and just so happen to live in an area that once fell to poverty and America forgot to help them out of it. It is not fair to continue the generalizations that the actual J.D. Vance makes in Hillbilly Elegy.

Hillbilly Elegy, directed by Ron Howard, written by Vanessa Taylor, and based on the memoir of the same name by J.D. 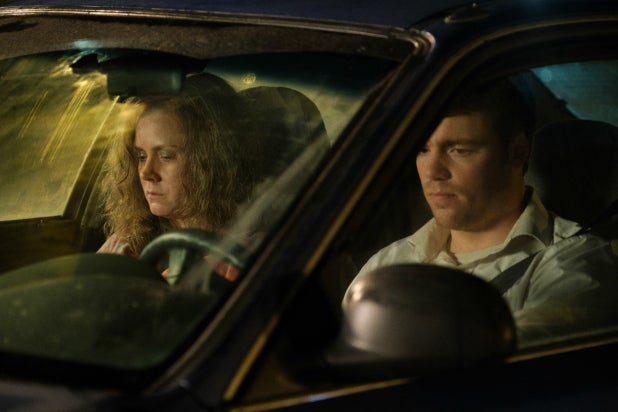 Vance, is the same tired narrative Hollywood has been pushing about the Appalachian Region for years. I don’t want to discredit Vance’s own experience, but he seems to generalize the area where he grew up and the people he grew up with. Helplessness isn’t something that is learned. There are people who live in these impoverished areas that have the drive and the want to break out. But, they are unable to due to the social and economic circumstances around them. Anybody from that area will tell you that.

In regards solely to the film, it’s hard to not see the ending as J.D. abandoning his family. Speaking from experience, it is really hard to have somebody in your immediate family battle with drug addiction. Not so surprisingly, the person in my family had nearly the same struggles with their nursing license. And, I say “not so surprisingly” because that area of the United States is literally ravaged by opioid addiction, with no help to offer affordable ways to control and fix it. 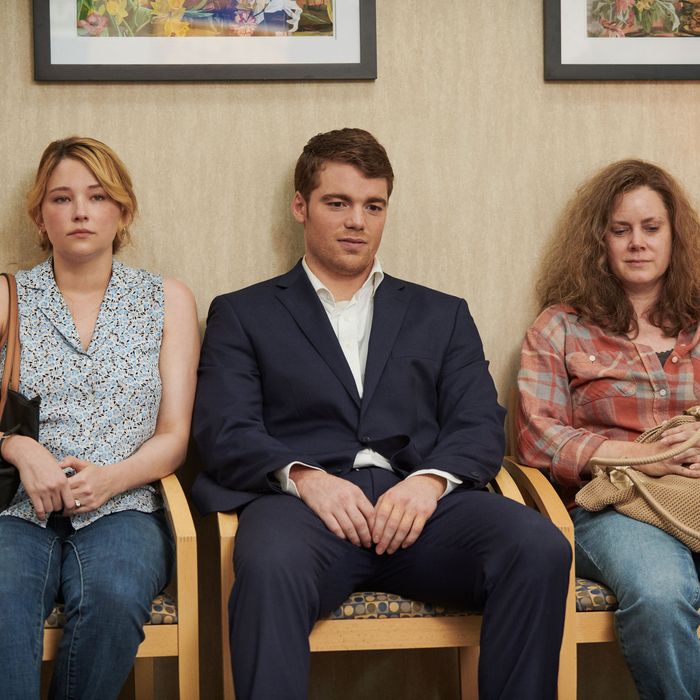 From the very beginning of the film there’s this feeling that our narrator, J.D. Vance, feels as if he is better than those he grew up around. The biggest indication of this that I found almost immediately is that the grown-up J.D. has little to no accent, unlike the rest of his family. From there, it’s clear that, when talking to his girlfriend Usha, he’s embarrassed about everything. He’s embarrassed about his mother. He’s embarrassed about where he is from. There is a way to tell a story about coming from an impoverished area and not having the narrator feel like they are now better than everybody because they got out. This film completely abandons the usual lesson of “remember where you came from”.

It really is a shame that Glenn Close and Amy Adams put so much effort into this film, because it’s ultimately wasted. Their performances are wonderful, but the narrative is old and hurtful. This should not be the way to an Academy Award for either one of them.

The rest of the cast was mediocre, at best. There wasn’t really strong acting from anybody else. It all felt as if they were reading directly from a script. I did find this odd because, say what you will about Ron Howard, he’s usually good at getting quality performances out of his actors. I guess this film is the exception.

Now, are there problems in this area of the country that probably could have been talked about and would have been completely valid? Yes. Racial tension being a huge one that is only briefly even suggested when J.D. says native American and his grandmother states “they’re called Indians, like the Cleveland Indians” and his mother asking “what is she?” after seeing a picture of Usha. But, this was not the route that was chosen. Instead, they spent two hours suggesting that there’s no winning with your family in this part of the country. If you do “make it out” your family hates you because they think you think you’re better than them. But, if you don’t make it out, you’re just as bad and helpless as they are, and the cycle will continue. Neither of these things are true. Each family is different. And, again, making these generalizations that we have seen time and time again do not help anybody.

This film was tiring. It was entitled. It was infuriating. Quit using the people and towns of the Appalachian Region for your Oscar-bait. Full stop.