I really feel like I took one for the team here, guys. 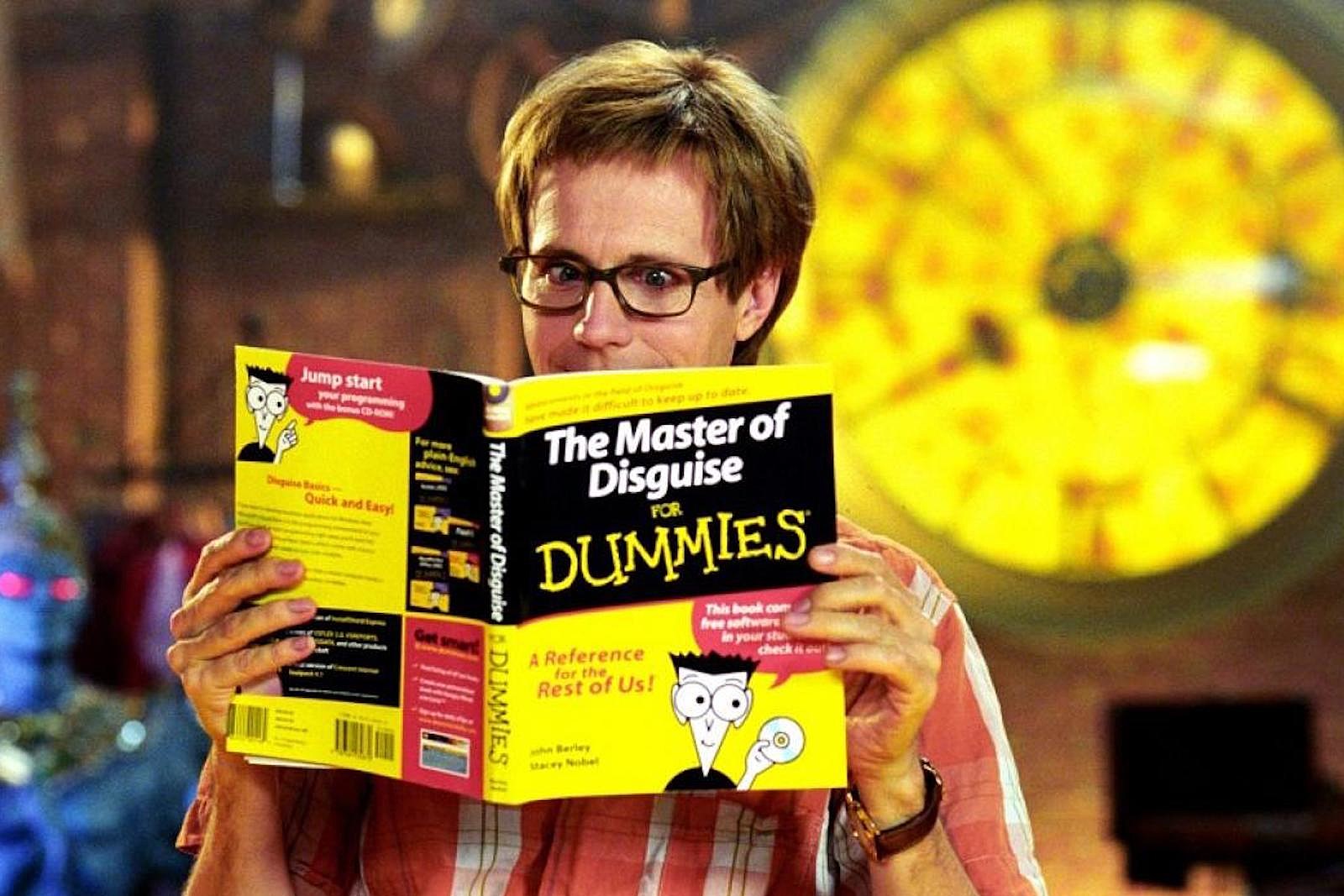 Disguise, I envy you. This film, no doubt, was the nail in the coffin for Dana Carvey’s film career. Strike one is that the film was produced by Happy Madison Productions, a company that, at the time, was hit or miss with the films they would produce (soon they would be all miss, if we’re being completely honest). And, the film was all downhill from that opening title screen.

The Master of Disguise was a film that was solely a vehicle for Dana Carvey to do as many impressions as he could, but making them all kid friendly. The story is absolutely ridiculous and the execution is even moreso. With a run time of only an hour and twenty minutes, you would think that the film would breeze by. But, you would be wrong, as the film feels like it’s twenty hours and one minute. I’m not sure that this is so much an issue of pacing, as it is an issue of just the entire film being nearly unbearable.

Some of the biggest questions that I have about this film are:

How old is Pistachio Disguisey? He still lives with his parents and, at one point, makes a statement about just now having his first kiss, which would lead me to believe he is somewhere in his twenties. But, he’s being played by Dana Carvey who, at the time, was nearly 50 years old. He was only 15 years younger than James Brolin, who played his father. 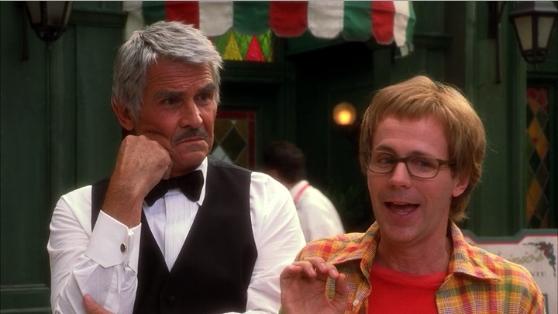 Speaking of Brolin, how in the hell did they convince so many well known people to be in this film? This has absolutely baffled me for years. The Master of Disguise not only has Dana Carvey and James Brolin in it, but also Jennifer Esposito, Harold Gould, Brent Spiner, Edie McClurg, and Kevin Nealon all as characters in the film. Then, playing themselves is Bo Derek, Jessica Simpson, Jesse Ventura, and Michael Johnson. That casting, although not filled with A-listers, is still absurd for this calibur of film.

Did we all, meaning everybody who has actually seen this movie, just collectively forget that Dana Carvey did brown face and used an indian accent at one point in this film?  This and so much more of the film is just so painfully early 2000s, I cringed nearly the whole time I was watching this film.

How did they manage to get three different songs written and recorded just for this film?

Why must there be the sexualization of women and their asses in a film that is being made for children?

Why is Jennifer Baker’s bar set so low for men that she ultimately ends up with Pistachio Disguisey? Jennifer Baker is played by Jennifer Esposito. She could have had any other man. But, she chooses this buffoon? Okay, movie.

Why even bother slapping a person with an open hand for dignity purposes but then repeat the “demoralizing” phrase “Who’s your daddy”? That makes no sense.

Why did there have to be a small person inside the slap bot? That seems completely unnecessary.

Why does it feel like a chunk of the film is literally the footage that plays throughout the credits? That stuff was definitely put in there just to make that run time. I don’t see any other reason why it would be included.

What strikes me as the weirdest thing in regards to this film is that, although it is seen as one of the worst movies ever made, it still managed to cement itself into the public’s consciousness. Even if you have not seen this film, I’m pretty sure you’ll know the phrase “Am I not turtley enough for the turtle club?”. Which, honestly, is insane to think about.

Now, I do have something to confess: My brother and I loved this film as children, and we watched it often enough that I still, nearly twenty years later, know nearly every line in this film. I have even been known to work lines from this movie into my everyday conversations, mainly the line “it’s a pop-up” for some reason. I also own this film on DVD. Look, it’s not something I’m proud of. But, it is what it is.

Anyway, if, for whatever reason, you want to watch this film, it’s currently streaming on Starz. But, I don’t recommend doing so. I really really don’t.