Exiled into the dangerous forest by her wicked stepmother, a princess is rescued by seven dwarf miners who make her part of their household.

If you know anything about me, you know that Disney films are ingrained on my heart and have been since I was a small child, which you can thank my father for. But, I’ve never particularly had a love for this film, Snow White and the Seven Dwarfs, despite it being the first Disney full length animated film. I blame that mostly, though, on my dislike for Snow White’s voice. I mean, Adriana Caselotti does a wonderful job. I just don’t like the choice of a high pitched voice, especially when compared with the next princess film to come out of the studio, 1950s Cinderella, where Ilene Woods sounds so rich and buttery. (Am I getting my point across?) 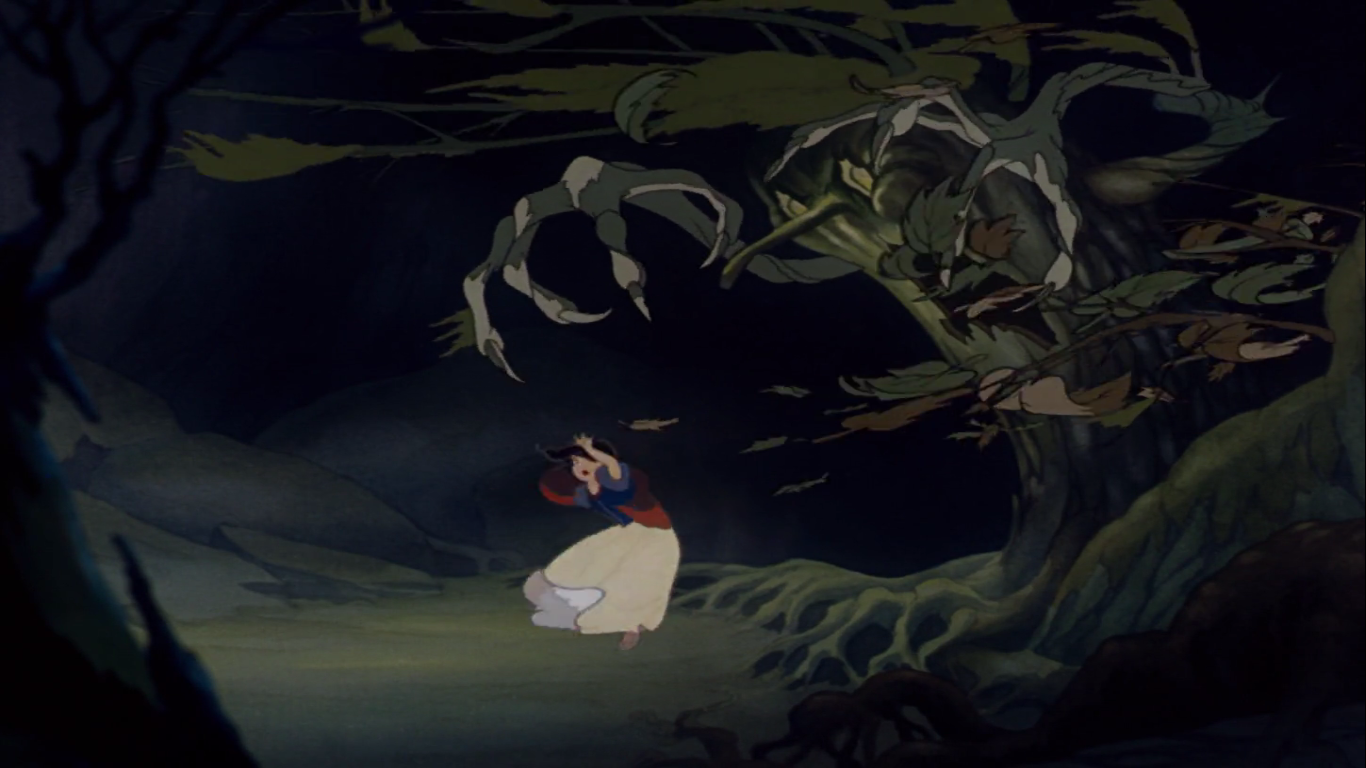 While watching this film through a critical lense this time, however, I have discovered a new, greater appreciation for the film. And that new appreciation comes from, mostly, a technique and art standpoint. The backgrounds in this film are incredible. There is so much detail put in, especially with things like the Dwarfs cottage. There’s detail in all the woodwork. There’s also tremendous detail in the woods scene when Snow White runs away from the huntsman. The tree branches so gracefully turn into hands to grasp at her cape. The segment is truly terrifying. Another scene that is just an absolute feat in animation is the Queen’s transformation into the Evil Hag. It’s incredible to watch.

As an animation studio, Disney knew where their strength lied, and that was with animating animals and non-human characters. The dwarfs, although human-like, are folklore, so there is more freedom with animating the movements and the characters. Nothing is “uncanny valley”, if you know what I mean. The dwarfs are also impressive from an animating standpoint because each one has different body language, which is clearly scene on their return from work.

You can also clearly discern which hum

an character the animators took more time with, that character being the Queen/Evil Hag. More detail went into that character than Snow White, the Prince, and the Huntsman combined. Her face is more expressive, the costumes are more detailed. Even the things she directly interacts with are more detailed. She’s easily the most life-like out of all the characters. I guess animating an Evil Queen is more fun than animating a 14 year old child. (Also, Snow White is 14. Girl, why are you so consumed with wishing for the one you love to find you today? Chill, child.)

Before I end this, I do just want to talk about some thoughts that I had throughout the film. First of all, as I stated literally right above, Snow White is only 14 goddamn years old. How old is that Prince? He’s also a teenager? They both need to take a deep breath and chill the hell out. There’s plenty of time. Second of all, I thought it was very clever to not actually have the dwarfs kill the Queen, and instead have the rock she’s on get struck by lightning. It keeps those little guys innocent. And third of all, I fully buy into the theory that the Evil Queen successfully kills Snow White, along with the Prince, and that they have both now met up in heaven, and are going to the castle in the sky. Because the castle is literally in the peach colored clouds. 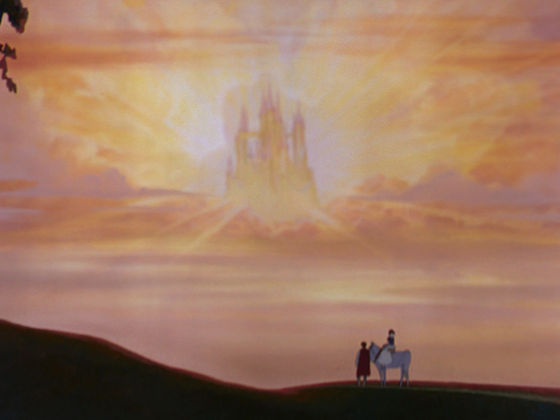 Snow White and the Seven Dwarfs was the first feature length animated film from the United States. It was also the first cel-animated feature and the first full color animation. The film essentially launched an empire while also changing American cinema forever. That’s pretty impressive.