Writer/Director J Blakeson had a vision with this film and, damnit, if he didn’t nail it. I Care A Lot stars Rosamund Pike as Marla Grayson, a grifting legal guardian whose con is now in jeopardy, as she’s taken advantage of the wrong person. Along with Pike, I Care A Lot also stars Peter Dinklage as Roman Lunyov, Eiza Gonzalez as Fran, Dianne Wiest as Jennifer Peterson, and Chris Messina as Dean Ericson. 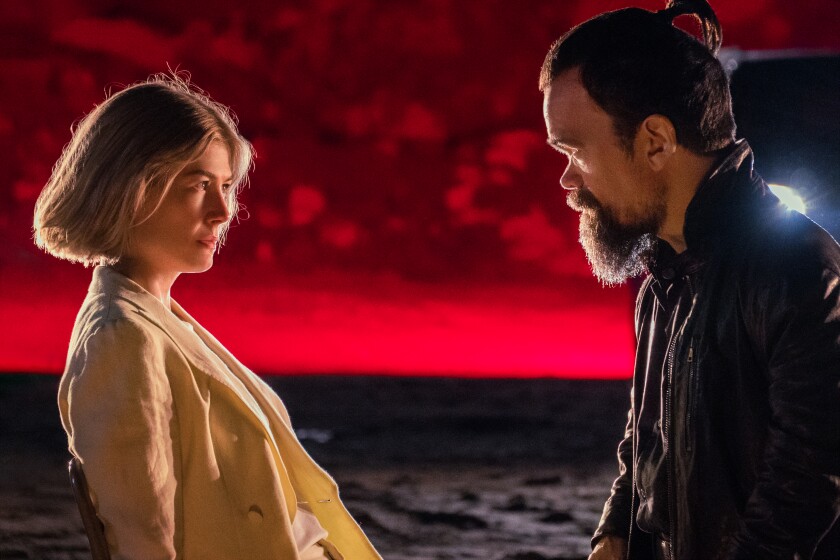 Honestly, this film was so much fun to watch. Think 1990’s The Grifters but brighter. J Blakeson kept the audience’s attention, not only with a great script, but also with the camera. The use of close-ups and medium point-of-view shots really helped to connect the viewer to the situation. Plus, it kept the film visually interesting. What’s most impressive about this film by J Blakeson is that he managed to write a script where none of the characters were “good” or likeable. They were all “bad” people, those you wouldn’t normally root for in a film. Yet, somehow, with every character being the bad guy, there wasn’t one moment in the film where I thought to myself “I don’t like these people.” In fact, I found myself switching off who I was rooting for throughout the film.

I cannot praise the cast of this film enough. We, once again, have Rosamund Pike playing a viciously determined woman (in the same vein as her character in Gone Girl, I would say). Peter Dinklage did a wonderful job, as did Gonzalez and Messina. Pike and Dinklage have a wonderful cat & mouse dynamic. But, the actor I must praise the most is Dianne Wiest. She does so well playing innocent, but then turns on the ruthlessness at just the right times. If I have any complaint about this film, it’s that there wasn’t enough Dianne Wiest.

I had semi-high expectations before watching, simply because the trailer was so well made. I Care A Lot blew right past those expectations. This film felt like so much fun because, at least for me, there wasn’t too much of caring about the fate of the characters. They were all morally bad. My emotions weren’t invested, but in the absolutely best way possible.

If you have access to it, I highly recommend checking out I Care A Lot. Currently streaming on Netflix.