Had the entire film had the same heart and tone as the Epilogue, then I would have loved this film. Without a doubt. However, that’s not the case and, honestly, Zack Snyder’s Justice League has left me feeling underwhelmed. For those that are not familiar with the 4 hour epic, it is broken up into 6 parts and an epilogue. Each part varies in time and, although it gives us perfect bathroom break moments, it makes the film feel choppy and completely disrupts the flow. The music, composed by Thomas Holkenborg aka Junkie XL, does not help to seamlessly blend the film together. In fact, it makes the segments even more jarring and continuously pulls you out of the film. The biggest music motif that constantly pulled me out of the film was the wailing that would play each time Wonder Woman or any other Amazonian woman would be on the screen. It became a joke by the end of the film.

Personally, I’m not a fan of the way Snyder’s films look. 300 has always just looked weird to me. Unfortunately, that same visual style is used in Justice League, orange filters and all. Snyder reportedly added over 2,000 new special effects that were not in the original cut. Did the film need some of these added? Of course. Did the film need all of these added? That’s debatable. We could have done with less slow motion sequences. At first, they were really cool, particularly with Barry Allen. But, mid way through the film, the novelty wore off and I found myself wondering how much time would be cut from the film if some of these sequences were simply played at normal speed. Which, for those that don’t know, is not really what you want the viewer to be thinking while watching your film.

One of the few things that I did like in  this film, however, was the flushing out of story lines. I particularly found Victor Stone’s story line to be absolutely heartbreaking. Snyder wasn’t kidding when he said that Cyborg’s story is the heart of the film.

Had the entire film had the same emotion and tone as the Epilogue, then I would have loved the film instead of just finding it okay. The Epilogue is what that film and what the DC films should be. Period. The interaction between Joker and Batman was perfection. As was the heartfelt recording of Silas Stone to his son, Victor. Give me that segment of the film, all the tone and all the feeling and emotion put into those moments, and stretch it to 2 hours. Then I would have been excited.

The film, albeit long, is not terribly paced. There’s no real big gaping plot holes ala Justice League 2017. This film did remind me a bit of Batman Begins solely because it is working to set up the other films. And, I kept trying to remind myself of that everytime it felt like nothing was really happening. But, I could only keep that up for about 2 hours. After that, I was just annoyed. 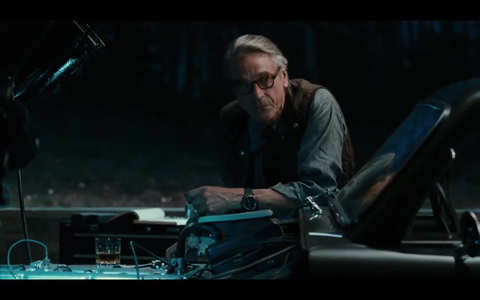 I thoroughly enjoyed Jeremy Irons as Alfred. He was just over everything and so was I. Jesse Eisenberg is superb as Lex Luthor and I hope to see more from him in that role in the future. And, in my opinion, Ray Fisher (Cyborg) and Ezra Miller (The Flash) were what kept me watching the film. I enjoyed both of their characters greatly. And, I particularly enjoyed any interaction between Aquaman (Jason Momoa) and The Flash. The cast all clearly works well together. The film just needed some consistency and more emotional connection with the viewer.