It can be hard to sift through all the Netflix Original films to find a good one. There’s just so many that get released at once, that the choice of what to watch, alone, can be overwhelming. But, that’s why you have me! Consider me your “movie guinea pig”. Things Heard and Seen is a 2021 horror/thriller written and directed by Shari Springer Berman and Robert Pulcini, about a woman who relocates with her husband and daughter to upstate New York, in the Hudson Valley, and starts to suspect that everything around her isn’t as it seems. The film stars Amanda Seyfried and James Norton and Catherine and George Claire, the aforementioned couple. Co-starring alongside the two are Natalia Dyer (of Stranger Things fame), Alex Neustaedter, Rhea Seehorn, Karen Allen and F. Murray Abraham, all playing various townspeople in Chosen, New York. 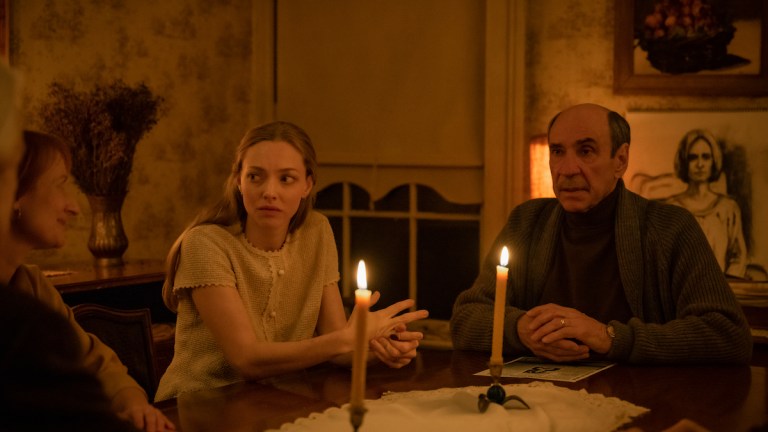 Now, I’m going to be honest with you, the first hour or so of this film was nothing new. It depicted a premise that horror film lovers have seen a million times with films like Amityville Horror and the like. So, I was VERY underwhelmed. A lot of what was happening felt tacky, as well. There was a reliance on CGI to bring in the “ghost” aspect of the film, and I honestly don’t feel like that was necessary. The beauty of “ghost stories” on film is that you can achieve a lot with just some simple practical effects.

It was once I entered the second hour of the film that things started to get interesting. I learned that the family life The Claire’s have is not what it seems AT ALL. In fact, so much of their life was built on multiple lies. And that’s where the film began to hold my attention. 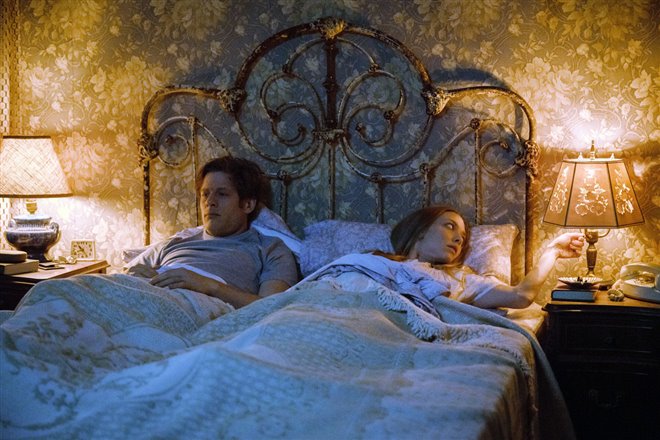 As one of the main characters is an art history professor, there is a lot in the film that relies on art. Specifically, the film relies on the art of Thomas Cole, who was the founder of the Hudson River School art movement.  This artist is key to the end of the film. And, although I got my minor in Art History, I do think this is a problem, as it may disconnect its audience from the actual story. They only ever briefly show Cole’s work up close. And we only briefly get a sense of why his work is important to the film.

Also thrown into the mix, it is established very early on that our main character Claire has an eating disorder, which ends up becoming important in the second half of the film. I’m still not quite sure how I feel about that.

The ending became too “artsy” for its own good. Although, I like what it was saying and trying to portray, it was hard not to giggle or think to myself “this is ridiculous”.

Now, is this a film that you should go out of your way for? Absolutely not. However, if one afternoon you have nothing better to do (and I do mean nothing), then pop this on. And, if you can get through the first hour, let me know what you think of the second half of the film.

On to the next Netflix Original.