For those unfamiliar with the new release, Free Guy stars Ryan Reynolds as Guy, a bank teller who turns out to be an NPC (Non-playable character) in a video game. Upon this discovery, he decides to be the hero, instead of going about his normal “life” and doing what he is “supposed to do”. Now, that’s not an unusual premise. Similar premises are shown in The Lego Movie and Wreck-It Ralph. What set this film apart, however, was the plot line of what was happening in the “real world”, and the concept of the world’s first actual A.I. (artificial intelligence).

the code and created a video game for this artificial intelligence. Taika Waititi plays Antwon, the “evil” game developer who created the game Free City, the game where our main character Guy lives. Lil Rel Howery (Get Out) plays Buddy, another citizen of Free City and Guy’s best friend. And, rounding out the main cast is Utkarsh Ambudkar (Pitch Perfect) as Mouser, friend of Keys and  another worker of Soonami, the company run and owned by Antwon. Directed by Shawn Levy (Night at the Museum, Cheaper by the Dozen) and written by Matt Lieberman (The Christmas Chronicles) and Zak Penn (The Avengers), Free Guy puts a fun and interesting twist on a reused narrative.

The biggest thing I am interested in finding out is how much of the more “meta” moments (involving Disney and Fox) were in the film prior to the Disney/20th Century Fox merger. Free Guy began filming just prior to the merger in 2019. So, it’s hard to 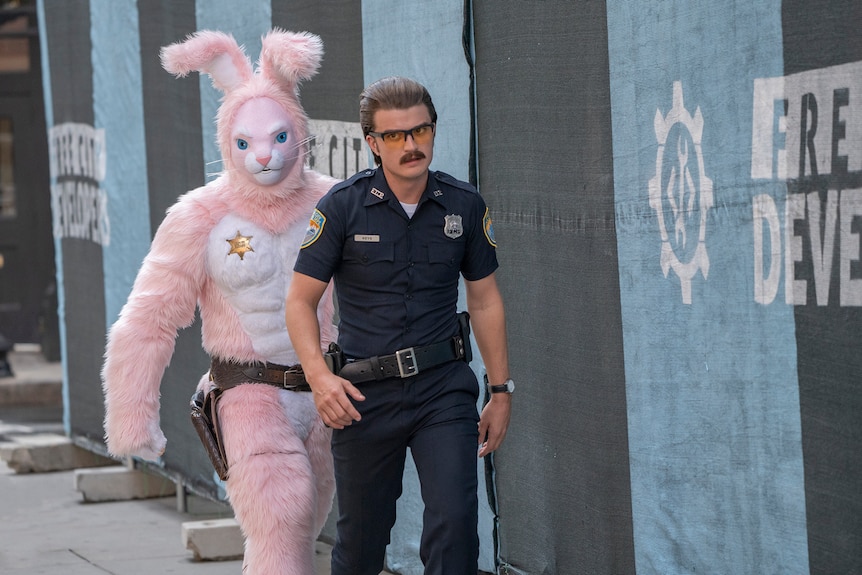 tell what was always there and what was added, if anything. If anybody has any information on that, it would be greatly appreciated.

The score by Christophe Beck was beautiful and perfectly fitting for the film. The inclusion of an absolute BANGER of a Mariah Carey song was a wonderful and welcome addition. The special effects were fun, and fully what was expected from a film that is based in a video game.

Was the film enjoyable? Oh, absolutely. Was it everything I wanted it to be? Almost. Would I see the film again? Yeah, probably.

It’s definitely worth the trip to the theater for a good laugh.

I've finally hit number 10 on AFI's 100 Greatest Films list! The Wizard of Oz is obviously a classic, but we all know how I feel about Glinda the "Good" Witch. ⁣
Talk about being severely underwhelmed by a film. Honestly, I think Modern Times is the better film. How is City Lights at number 11? Makes no sense to me. And, honestly, I didn't have much more to say about the film than that. So, click the link in my bio or not. Up to you!
Honestly, I'm still thinking about The Searchers. Justice for Look. She deserved SO much better.
We all know my general feeling about Westerns at this point, right? I watched number 12 on AFI's list, The Searchers. And, well, just read the post. There was a lot to discuss. ⁣
Show of hands: who saw Doctor Strange in the Multiverse of Madness this weekend? What did you guys think? Head over to That Old Picture Show and check-out my full review! ⁣
Have you guys seen Licorice Pizza? What did you think? Because I was unbelievably disappointed by it. Head over to That Old Picture Show to read more of my thoughts on Paul Thomas Anderson's latest film. ⁣
Go to mobile version
%d bloggers like this: