I feel like I have been waiting so long for this sequel to come out. Although, let me just say, Candyman (2021) is definitely worth the wait.

Directed by Nia DaCosta, Candyman picks up thirty years after the first Candyman film. We are introduced to an artist, Anthony McCoy, and his girlfriend, art gallery director Brianna Cartwright. Anthony, in trying to come up with some new work, decides to dive deep into the troubled past of Cabrini-Green and the legends that surround the area. He realizes, only too late, that he has brought back the fabled Candyman, but not even he could anticipate what was going to happen.

Much like the original Candyman, this 2021 sequel has main themes of race relations, gentrification, and systemic racism and its effects. Those arguing that this film had too much to say about our current cultural climate, I invite you to rewatch the original 1992 film and then we can talk. Nia DaCosta had something to say and she fucking said it.

With the screenplay being by DaCosta, Jordan Peele and Win Rosenfield, it is no surprise to me that they “Hitchcocked” us. They Macguffined us. There was clear inspiration, not only from the original Candyman, but also from classic horror and some of Clive Barker’s other works. The beauty of DaCosta being writer and director, however, was that she really could make this film her own, with her own visual style. The constant use of mirrors and disorienting establishing shots only contributed to the plot and the overall message. It was, obviously, also a play on how important mirrors are to the overall plot of the story, which was a nice touch. 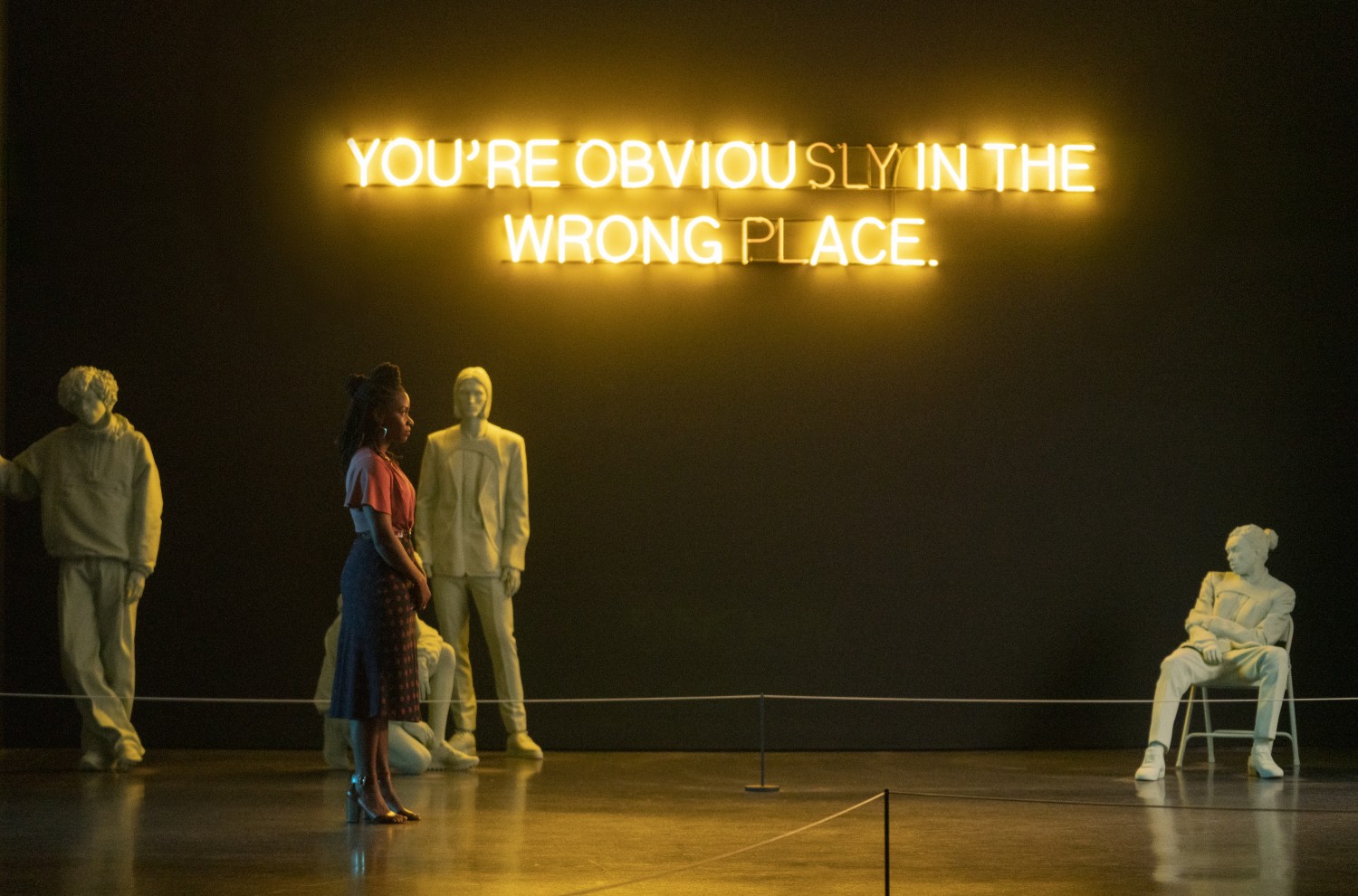 Candyman is a self-aware film, but in a good way. All the acting was great, particularly from Yahya Abdul-Mateen II and Teyonah Parris, the aforementioned artist and art gallery director. Both performances relied on the audience connecting with both characters, so that was a major feat, considering that, for a moment at least, one was “bad” and one was “good”.

The music, composed by Robert Aiki Aubrey Lowe, kept what made the score to 1992’s Candyman so good, and added just

enough to update the sound. It was truly beautifully composed.

The entire film was tense. There was not a single moment where the tension let up and that was impressive. Candyman’s release date was delayed several times. But, honestly, I think the timing turned out to be perfect.

If anybody were to ask me what my favorite part of the film was, it would be the part where William Burke, the character who runs the laundry mat and is Anthony’s insight into the Candyman legend, states “Candyman is the whole damn hive”. Because, when you break it down entirely, the legend of Candyman is just the way an entire neighborhood of people cope with senseless violence, that is almost exclusively committed by the police. There’s not just one “Candyman”. There are many. And it’s the only way so many can explain away the senseless killings of innocent people. Because, without the legend, the reality of the situation would destroy everyone.