If I’m being completely honest, Shang-Chi and the Legend of the Ten Rings was one of the Marvel films that I was least excited to see. I had accepted the fact that I was going to have to watch it, so that I don’t miss out on anything that connects the film to the larger picture, but that was about it. After viewing the film on opening day, I can confidently say that Shang-Chi is in my top 3 favorite MCU films.

Putting the comic books aside for a moment, Shang-Chi and the Legend of the Ten Rings is a solid action/fantasy film all on its

own. I have found that the MCU films that I truly love are the ones that feel very self-contained, and this one is. There’s enough exposition in the film that you do not need to rely on having seen the other movies to enjoy this one. Of course, if you are well versed with the MCU, you’re likely to enjoy the film even more. The world building in Shang-Chi is impressive, and doesn’t feel forced at all. Those that work in the art department and the effects department deserve an award just based on the creature designs in this film. The detail was incredible.

It’s not often that I would describe action sequences as “beautiful”, but these ones were. Fighting was used in this film the way Edgar Wright used cars in his film Baby Driver. Everything was choreographed to look like a dance. These scenes were absolutely stunning. They looked natural while also being meticulously planned. There was clear inspiration taken from old Bruce Lee films, as well as others such as Kung Fu Hustle, Crouching Tiger, Hidden Dragon and The Matrix. These scenes all came together so beautifully. It was almost poetic.

The use of colors as visual cues was very present in Shang-Chi, and if you know anything about me, you’ll know that I love a color palette visual. All scenes in the past with the father are grey toned. All scenes in the past with the mother are bright and colorful. The children both wear neutral colors. Even better, it seems like they took a page out of Pocahontas’ book and used red sparingly until the very end, which was a very good call.

The score by Joel P West is one of the best that I’ve heard in awhile. The music perfectly complemented what was happening on screen. It had both Western and Eastern influences, perfectly mixing the two cultures into a cohesive narrative. In fact, one of the first things I did after leaving the theater was download the soundtrack. It was that good. 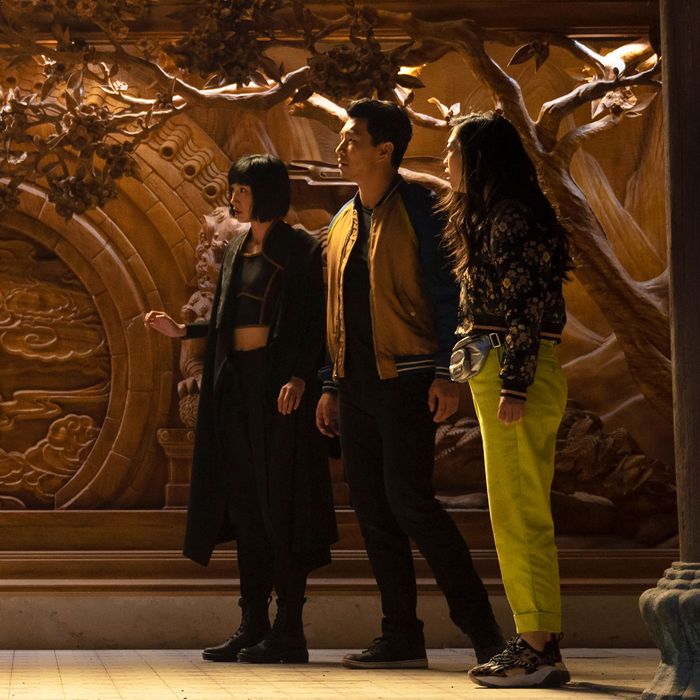 I was very impressed with director Destin Daniel Cretton. This was his first film on a scale this large, and that is no easy feat. Plenty of people have tried and failed. Plenty truly thrive with more low-budget independent films. So, I was very happy to see that Cretton was able to successfully direct a film of this scale. It really makes me look forward to what’s to come from him.

Now, this film as a whole when put into the context of the MCU: top notch. As stated above, this film is almost fully self-contained. There’s some bits and some information from other Marvel films, but not so much that you’re at a complete loss when watching the film. The way this film is tying into the rest of the MCU is looking to be promising.

I think I enjoyed Shang-Chi and the Legend of the Ten Rings so much because the film felt more rooted in reality. Of course, I’m not talking about the mythical creatures and the use of magic. I’m talking about the core of the film. Shang-Chi, at its heart, is about family. In particular, it’s about family dynamics and ones ancestry. Having those themes be the root of the film, that made it all the more believable.