A town Marshal, despite the disagreements of his newlywed bride and the townspeople around him, must face a gang of deadly killers alone at high noon when the gang leader, an outlaw he sent up years ago, arrives on the noon train.

By now we should all know my stance on Westerns and how I feel about so many of them being on the AFI 100 Greatest Films list. High Noon I take a bit of an exception with, however, because it is a “Revisionist Western”. Like a lot of films in the 1950’s, High Noon was an allegory for the House Un-American Activities Committee, or HUAC, which had Hollywood up in arms. If you are unfamiliar with HUAC, let me try and explain it as briefly as possible: HUAC was created in the 1930’s to investigate any alleged disloyalty or subversive activities having to do with fascism or communism from literally everybody. And, when those in the film industry refused to “out” anybody as a communist or fascist (or really just out anybody that disagreed with the government), that individual would then be blacklisted from the industry. If they were a writer, their projects were no longer picked up. If they were a director, they were no longer getting phone calls from the studios. In fact, many screenwriters wrote under a pseudonym for a while. This 1952 film, directed by Fred Zinnemann, is an entire metaphor for that whole era.  And that is the only reason I give this film a little bit of a pass. Well, that and Gary Cooper’s phenomenal acting.

Now, other than what I mentioned above, the other thing that makes this film special is that it is almost completely in real time. High Noon is only an hour and twenty five minutes long, with the time in the film going from 10:35 AM to 12:15 PM. This technique is quite impressive and helps to create a tension throughout the entire film.

This film does feature a romantic relationship with a 28 year age gap between Marshal Will Kane (Gary Cooper) and Amy Fowler Kane (Grace Kelly), so that was super uncomfortable. Mainly because the age gap was so obvious. Think Woody Allen’s casting for any movie that he’s ever made. 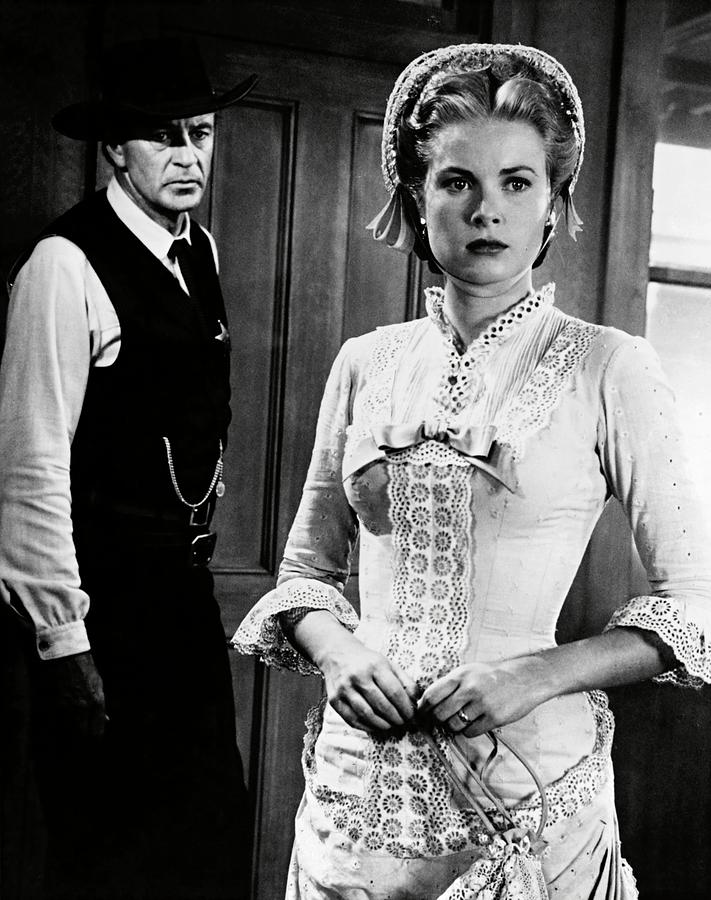 I will say that it does bring me joy to know that John Wayne absolutely despised this film for it’s “un-American” ways. The townspeople do not come to the aid of their Sheriff. In fact, they really just want him to leave. They all turn their backs on him, but he goes on to fight the “big bad” outlaw Frank Miller, a man he had put in prison. And then, once he’s won, he throws his badge on the ground at the feet of all the townspeople and rides away with his new bride. It’s a beautiful “fuck you” honestly, and I live for it.

Honestly, once I finish this list and decide which films I feel should stay on it, this Western just might make the cut.