An Oklahoma family driven off their farm by the poverty and hopelessness of the Dust Bowl joins the westward migration to California, suffering the misfortunes of the homeless in the Great Depression.

Don’t you hate it when a movie made in the 1940s is still relevant 81 years later?

The Grapes of Wrath starred Henry Fonda, Jane Darwell and Russell Simpson as members of the Joad family. Based on the novel of the same name by John Steinbeck, The Grapes of  Wrath introduces us to Tom Joad (Henry Fonda) when he’s been recently released from jail during the height of the Dust Bowl and the Great Depression. We literally meet the character of Tom Joad while he’s crossing the road, going to a service station name Cross Roads. It was a bit heavy handed for my liking, but I’ll let it slide.

Quickly discovering that his entire family is about to relocate due to the dead land and no work, he joins them as they all head out west, to a land that they’ve been told is full of opportunities. Soon, it is realized that tons of people from the middle of the country had the same idea as the Joad family, and now work camps are flooded with too many people working jobs that pay too little. And the entire time I was watching this film, I hated how relevant it still was. Especially now, when businesses complain over and over that nobody wants to work anymore, when the reality of it is that nobody wants to work for unlivable wages anymore. Bit of a rant there. Pardon me.

Directed by John Ford, with screenplay adaptation from Nunnally Johnson, The Grapes of Wrath is repeatedly heavy handed. And, had the film not been so visually appealing, it would have bothered me much more. But, cinematographer Gregg Toland knew how to make a completely black and white film so visually stunning, that I stopped thinking so hard about how “in your face” the message was. 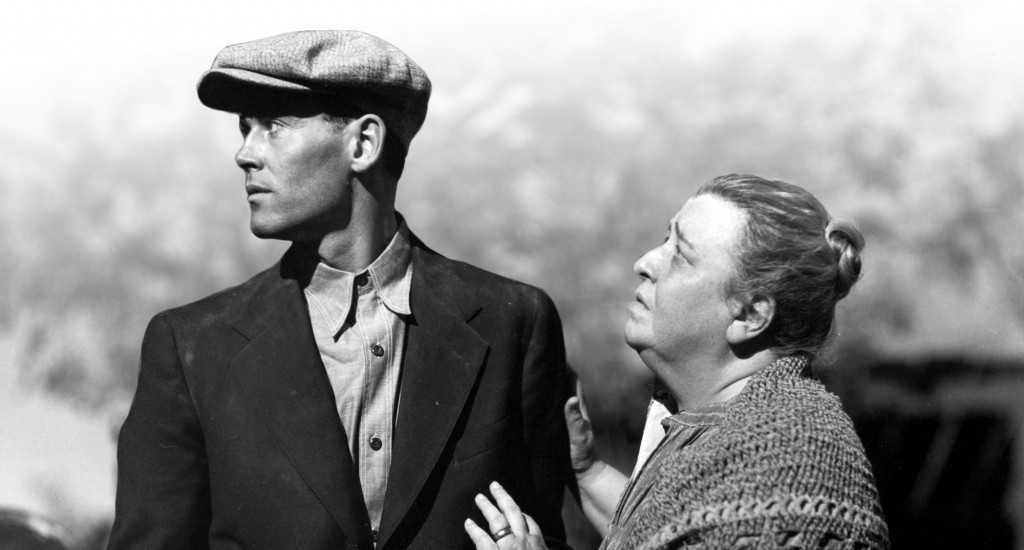 Although the film felt very self-righteous at times, I did enjoy it overall. Henry Fonda’s performance as Tom Joad and Jane Darwell’s performance as Ma Joad were absolutely encapsulating. But, I do find myself going back and forth between whether I think this film still belongs on this AFI list. That’s okay. I have a few more to get through, anyway.

Have you watched this absolute love letter to Jonathan Larson and musical theater? ⁣
Didn't think I'd ever be looking at Billy Wilder's screenwriting Oscar for Sunset Blvd.
"It's not like my mother is a maniac or a raving thing. She just goes a little mad sometimes. We all go a little mad sometimes. Haven't you?"
Never thought I'd be lucky enough to see one of the remaining pairs of Dorothy's ruby slippers.
Henry Fonda and Jane Darwell's performances blew me away. Coming in at number 23 on AFI's 100 Greatest Films is the "still relevant 81 years later" The Grapes of Wrath. Click the link in my bio to read all my thoughts.
A classic Beverly Hills hotel, the Avalon has been the home to Marilyn Monroe, Mae West, Lucille Ball and Desi Arnaz. It's quiet and feels secluded, despite being off of a main road. The Avalon Beverly Hills is a mid-century oasis in the middle of an endlessly bustling city.
%d bloggers like this: