You know, the makers of Hackers didn’t even seem to know anything about the internet when they made the film. So, it’s no surprise to literally any body that this film about teenage hackers did not age well.

Hackers is a 1995 crime film that focuses on a group of teenage hackers who unknowingly become involved in a corporate extortion conspiracy. The film stars Jonny Lee Miller as Dade, a hacker who, at the ripe old age of eleven, managed to implant a virus in 1,500 computers, taking down Wall Street. The film also stars Angelina Jolie, Jesse Bradford, Matthew Lillard, Laurence Mason and Renoly Santiago, all a part of said group of teenagers. Fisher Stevens plays a character by the name The Plague, and he is the mastermind behind the corporate extortion scheme. (He also plays Iggy in Super Mario Bros and that is literally the only place I know him from.)

Everything about Hackers screams the 90s. From the soundtrack to the costumes, it’s literally screaming in your face to make sure you are aware that it was made in 1995. For goodness sake, the film’s opening titles have “Halcyon & On & On” by Orbital playing. The entire soundtrack uses the electronica/techno house music of the 90s.

Moving on to the clothes: 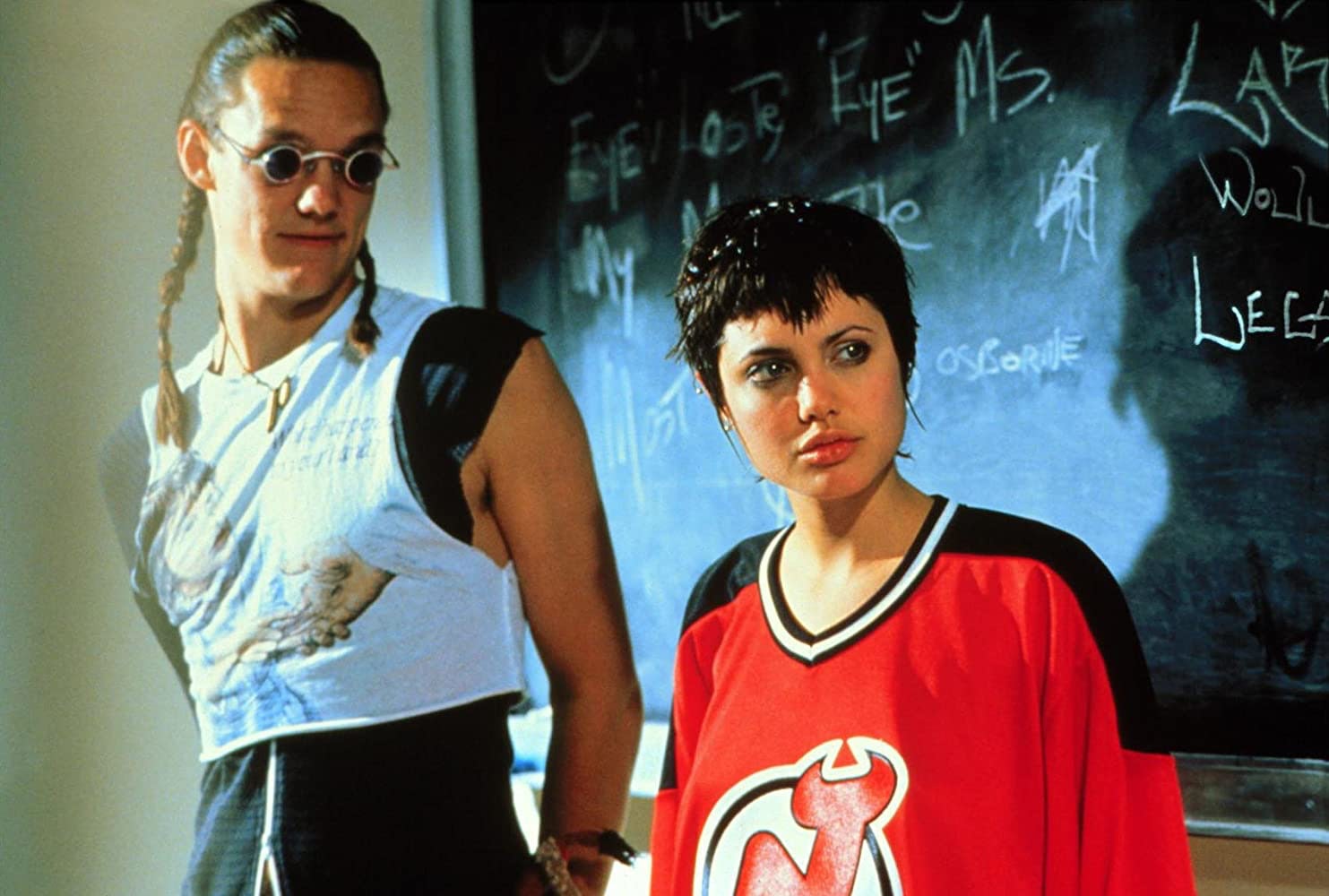 The dialogue, surprisingly, doesn’t date the film too much, although it is incredibly cringey. It definitely doesn’t date the film worse than the technology in the film does. For example, pay phones play a huge role in the film. Pay phones. In a film about the internet. Speaking of the internet, it is so clear that those that made this film, had no idea what they were writing about, which just makes it age even worse. It seems Rafael Moreu wrote what he thought being a hacker would be like, and also what he thought computer server rooms look like.

Ironically enough, in a film focused on computers, the director, Iain Softley, chose to use mostly motion-controlled models instead of computer graphics, because he felt that the computer graphics would look too artificial.

Now, this film honestly left me with a lot of questions.

If anybody has the answers to any of these, please let me know. Thank you.