A wheelchair-bound photographer spies on his neighbors from his apartment window and becomes convinced one of them has committed murder.

Alfred Hitchcock’s Rear Window is the mother of all suspense films, in my opinion. It has everything you could ever need in a suspense film. It has drama, murder, and great chemistry between the two leads. 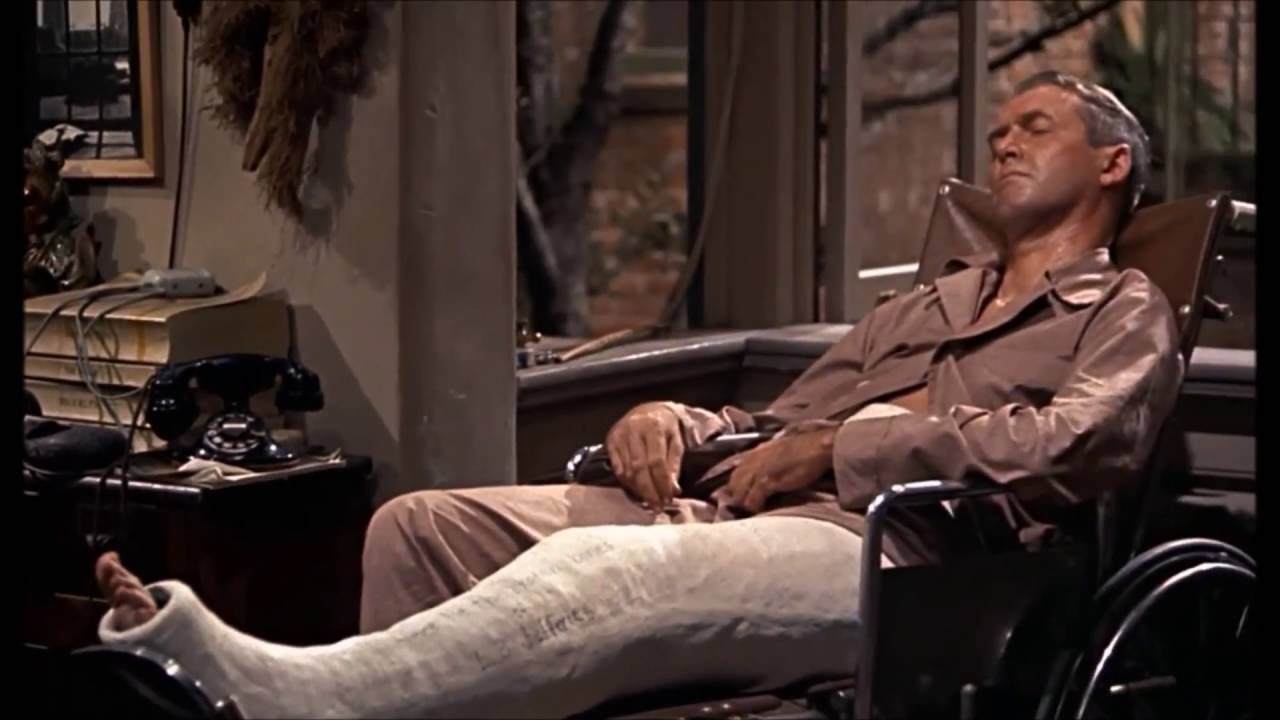 Jefferies. Healing a broken leg from his last photography assignment, he takes to watching his neighbors, and piecing together their stories day by day. Most days, his current love interest, Lisa Carol Fremont, played by the lovely Grace Kelly, comes by to visit and bring dinner. As the film goes on, Jefferies begins to suspect that one of his neighbors, Lars Thorwald, has killed his wife and disposed of the body. It’s not long before Lisa and Stella, Jefferies nurse, are involved in the mystery, and they are all determined to figure out what has happened to Mrs. Thorwald. The story culminates with one of the most famous scenes of the film, Jefferies using the flashbulbs from his camera to disorient Thorwald, who is coming after Jefferies due to his snooping, with Thorwald being caught just in the nick of time.

I’ve discussed before my appreciation for Alfred Hitchcock’s camera work and his framing of shots. Those opinions still stand for this film.

What I want to talk about the most is the relationship between Jefferies and Lisa, because it is interesting and infuriating at the same time. It is very clear from the moment we meet Lisa Carol Fremont that she is very much in love with L.B. Jefferies and wants nothing more than to be a part of his world. Jefferies, on the other hand, although he loves her, because she is a rich socialite, he feels that she does not fit in with this lifestyle. He feels that she doesn’t belong crawling around in the jungle or being in the middle of a war zone, all to get the perfect shot. The infuriating part of this is that Jefferies just does not listen to Lisa. She tells him repeatedly that she would leave the life she knows if it meant being with him literally anywhere. And, Jefferies just keeps telling her no and that she doesn’t mean it. He’s just such an insecure child. Although it frustrates me that Lisa is being told what she wants, at the same time, it is refreshing to see the male lead in a 1950s film be insecure about his relationship with a woman. He wonders why she’s with him, and doesn’t know what she could possibly see in him. It seems more that Lisa “wears the pants” in the relationship, if that makes sense. She’s completely confident in herself. Honestly, she’s a fantastic character.

Every aspect of this film is well put together, like a puzzle. Nothing is out of place. The set, the music, the sound design, the dialogue, it all works together perfectly. This is a film that I have seen a number of times and will continue to watch over and over again